Is this real life? Jesus Christ Reebok, could you find any other ways to make UFC fighters hate you more? Hold our beer.

After the UFC sold their souls and the sponsorship making livelihood of their roster of fighters to Reebok over two years ago, the apparel’s deal has been pretty much a bust. Fans hate the gear. Fighters generally hate the deal. The only people who are in love with outfitting deal are the UFC, who get their cut of money off the top, and Reebok, who get to sponsor an entire sport’s league for a very low price.

$70 million dollars to the UFC over six years and all the promotion had to do was throw every single one of their fighter’s under the bus all while cutting off the rest of MMA sponsorship market off at the legs. But hey, at least the UFC fighters were given this sweet 50% coupon by Reebok reps at the UFC Fighter Retreat. 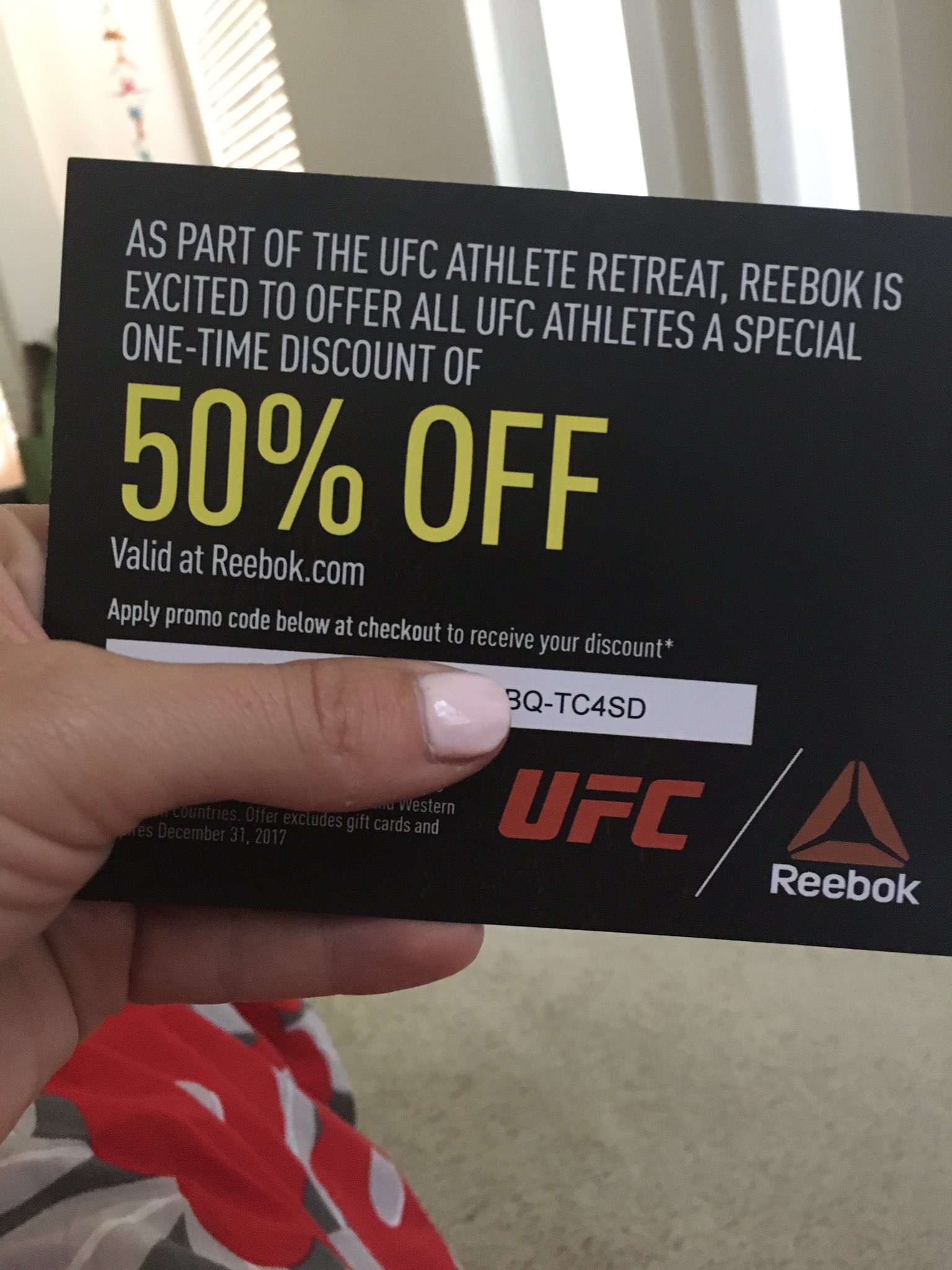 Wow 50 whole percent and the fine prints says the coupon only expires in seven months. So generous.

H/T to the badass @CatZingano for the pic