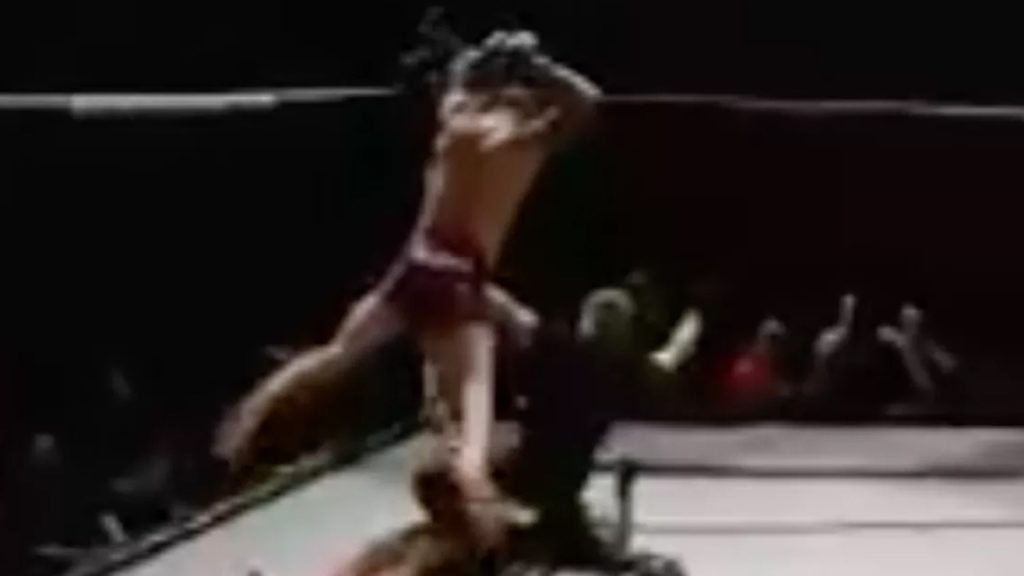 An amateur welterweight title fight at Battlefield Fight League that went down in Coquitlam, British Columbia on Saturday, which has a bizarre ending. Austin Batra scored a KO blow to his opponent Perry Hayer but followed up by absolutely insane flying double axe handle strike despite the ref stepped in to stop the fight.

It’s unclear what prompted Batra to attempt this late strike, but if you look at the finish of the contest, which came a mere 30 seconds into the round one and result was a disqualification win for Hayer.

That move cost Batra the win, and the title now moves to 4-2 as an amateur. Perry Hayer is now 6-7.

Check out the finish below:

In a bizarre scenario, Perry Hayer is the new @BattlefieldFL amateur welterweight champion via Austin Batra disqualification. Batra delivered a knockout blow to Hayer, but followed it up with an apparent illegal shot. #BFL57 #YVR #Coquitlam @Hayerperry https://t.co/PR5bZRijxx pic.twitter.com/wXFarL7uwg