Amanda Nunes was a dominating force last night in the main event of UFC 224 against Raquel Pennington from Brazil. Lioness battered Rocky mercilessly throughout the first four rounds of a hard-fought battle. Nunes appears to hurt Pennington badly and busted up her nose to the point that blood started spilling out in the fourth round.

It was clearly over in the fourth round, that’s when Pennington returned to her corner and told her coaches she was done, but instead of throwing a towel, her coach pushed her to finish it the contest. (Quotes Via MMAMania) 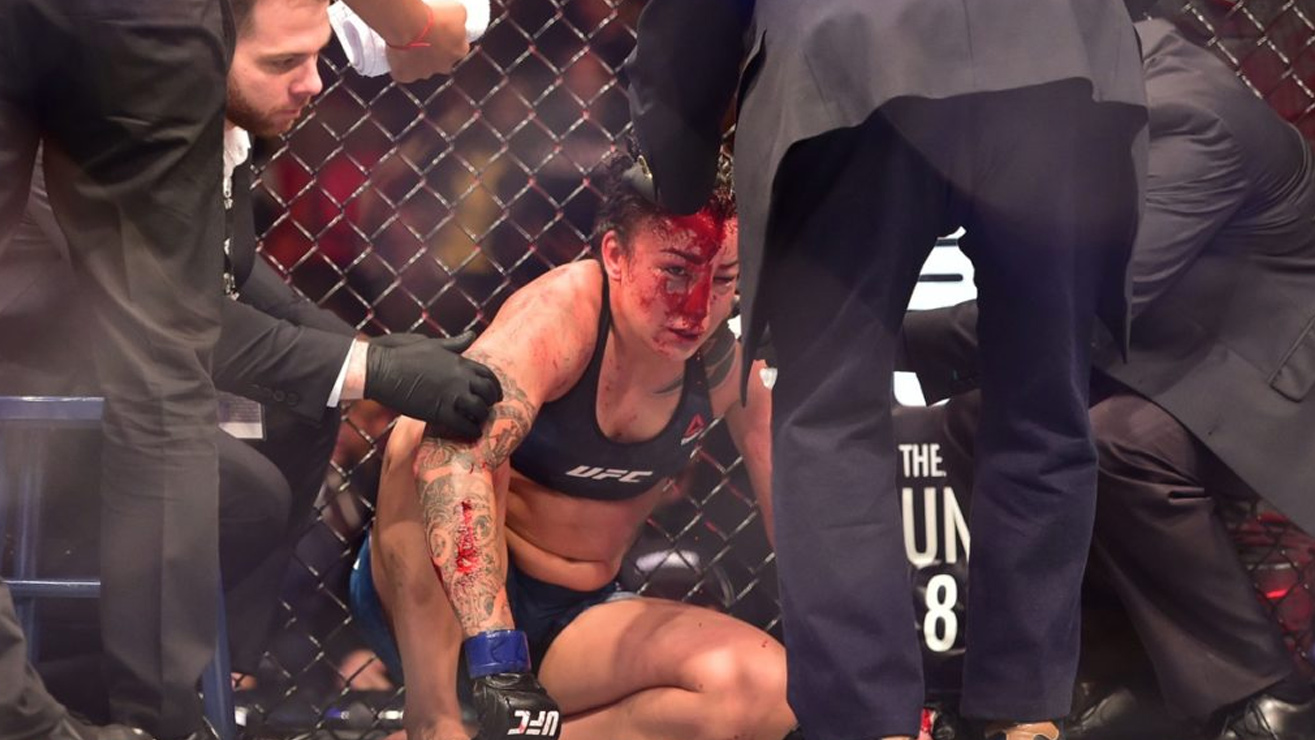 The fight was moved to next round, Nunes then continued her onslaught in the fifth before hurled a vicious knee to the nose that put Rocky on the canvas blood started gushing from her nose, Nunes throw barrages of strikes, but the referee stepped in to stop the action shortly thereafter. Pennington was sent to the hospital immediately afterward.

At the UFC 224 post-fight press conference, Amanda Nunes addressed the situation and criticized Pennington’s cornerman said it could have been avoided but her team failed her. Nunes said she was unaware of what happened in the corner only after finding out from her girlfriend Nina Ansaroff afterward.

“It’s sad. I didn’t even know, Nina [Ansaroff, Nunes’ partner] told me in the locker room. It’s sad because she could have avoided that end. It could be a bad injury because she ended up in the hospital. I asked Nina to text her and find out if she needed anything, I’m here. It’s sad.”

”If she wasn’t in a condition to fight, then the coach should have thrown in the towel, for sure. I think my coach wouldn’t let me go through that.”

This whole situation was bit personal for Nunes and her partner Ansaroff as they were longtime training partners of Tecia Torres, (Pennington’s fiancée), at American Top Team before Torres moved in with Pennington in Colorado.

”It was the hardest fight of my career to fight this girl, because we have that respect. I like those girls so much, so it was hard for me. But I wanted to win and defend this belt, it’s something I’ve dreamed about for so long, I have to do it. But we are friends. We’re gonna leave this cage, we’re gonna have a beer in celebration of our friendship. Tonight was about my belt, but the first thing was the respect and the friendship we have.”

Nunes now holds a seven-fight winning streak and can be considered as one of the best women’s MMA fighters to ever step into the Octagon with wins over the likes of Pennington, Ronda Rousey, Miesha Tate and Valentina Shevchenko. 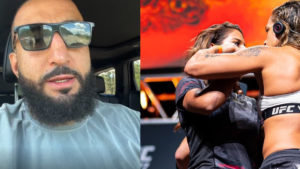