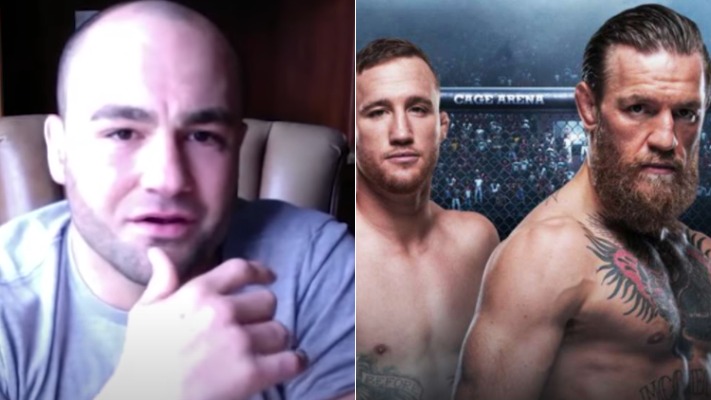 Should Justin Gaethje end up facing Conor McGregor next, there is no better person to predict how that fight will go than someone in Eddie Alvarez who faced both men.

Gaethje won the interim lightweight title following his fifth-round TKO win over Tony Ferguson at UFC 249 earlier this month. Ideally, he is next in line to face Khabib Nurmagomedov in a title unification fight.

However, Nurmagomedov’s father is currently in critical condition putting a potential September fight on hold. With McGregor recently calling for a fight with Gaethje, there is a possibility that the pair end up facing each other next instead.

And if that is the case, Alvarez — who suffered a TKO defeat to McGregor but knocked out Gaethje — sees the same result that happened to him happening to the latter.

“I think a knockout,” Alvarez told The Score when asked how he saw McGregor beating Gaethje. “I was able to catch him [Gaethje] quite a bit with punches, and you watch Dustin [Poirier] was able to box him a little bit.

“The thing with Justin, if I thought he would implement a ground game and he was going to go in there and take Conor down and put him against the cage and do what Khabib did, or do what I intended to do, if he was going to implement that game, I would say, ‘oh, Justin is going to do really well against him.’ But just standing for standing, like a stand-up fight which is what I feel like it’ll end up being, I feel like there’s just too many mistakes that Justin would make and Conor would be able to kind of capitalize.”

Of course, Gaethje is a much different fighter now than the one who lost to Alvarez. Regardless, it is interesting to hear the former lightweight champion’s thoughts on the potential matchup.