A primer on Aldo, Mendes and leg trauma

Can you imagine what it takes to become a UFC champion? As a matter of fact, you are doing it right now. Your imagination knows no limits. You are so powerful. Unfortunately, for the large majority of us, our bodies have many limits and those limits stand like a boulder in the path to becoming a UFC champion or even an EA UFC champion. But who would want that anyway, right? It’s probably annoying being one of the baddest dudes on the planet. Having to sign autographs, be people’s hero, and wear that ridiculous belt that goes with NOTHING in your closet. I actually want to thank my gross body for doing me a favor by not letting me be tempted by championship gold.

This weekend, we have the opportunity to watch the 2nd most dominant (current) champion fight a mean ball of muscle and the general consensus is “borrrrrrring!” I get it. 66% of Jose Aldo’s title fights end in a decision and that is less exciting than Anderson’s 11%. When Joe Rogan tells me that Aldo is something like the most talented striker or a freak of nature (he must have said that at some point, I know it) and it doesn’t quite ring true, that makes me sad for myself.

I love the thought that because a champion isn’t knocking guys (or girls, c’mon this is the 2010s, readers) out then they’re not trying hard enough. When I look at two fighters in the Octagon, it certainly looks like they’re fighting but they’re not. They’re playing a sport. They’re sporting each other with their fists. And in sports, if you win, you win, regardless of how you won. And if you win, you usually get more money. And if you get money, you can have happiness. UFC fighters want to win and have money. 2nd place on their list of priorities is entertainment (unless they are Donald Cerrone and he doesn’t give a fuck, his 1st and only priority is being the chilliest extreme dude west of the Mississippi). But, you say, we already know this and we hate it and now you!

But, I say back right to your face, Jose Aldo decisions are different. First of all:

Second of all, among other people, he mostly fights Team Alpha Male and I will never miss one of those mini gorillas fight because they are all capable of Dillashaw-type upsets. So, even if you dislike Jose Aldo and his decisions, this is still the fight that you MUST WATCH because Mendes can give you exactly what you want to see.

If you need some help getting excited for Aldo vs. Mendes then watch this video and feel wrong: 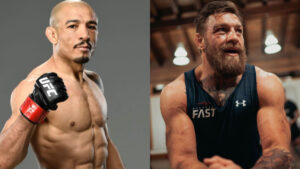 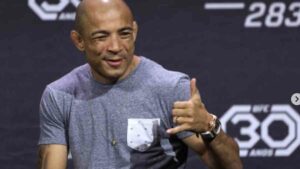 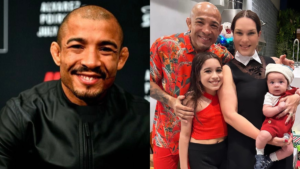 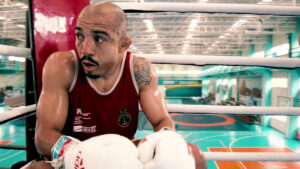