"Mercenary" got MMA Twitter buzzing about his new deal with Bellator.

After an impressive showing at Bellator vs. Rizin event in Japan, A.J. McKee secured his future with Bellator by inking a new deal. And now, the former champ got the MMA community reacting.

There’s nothing better than starting the new year with a new contract with one of the most revered MMA promotions in the world. That’s what McKee just did on Tuesday when he signed a new multi-year deal with Bellator, the promotion announced.

Bellator president Scott Coker also said that McKee, who has been vocal about his desire to take on lightweight champion Usman Numagomedov, will be competing in the promotion’s upcoming Lightweight World Grand Prix tournament.

The MMA community spoke its mind

As expected, the MMA community had mixed reactions to McKee’s new deal. Prior to re-signing with Bellator, “Mercenary” was linked to a big switch to the UFC with talks of a potential fight against pound-for-pound king Alexander Volkanovski. Some reckoned that McKee should’ve taken the route to the UFC, while some were just thrilled to have learned the former featherweight champion is staying at Bellator.

I'm always hoping for chaos, but not surprising here. No chance Bellator lets him walk, even if there wasn't a LW GP around the corner. Good news is there's some amazing fights coming for AJ at 155, be it Usman, Shabliy, or Tofiq. https://t.co/kSRdpS0Rrc

Elated to have my guy @AJMcKee101 back with @BellatorMMA for the foreseeable future.

It is clear that the promotion values him and his talents and I am proud to be a part of that. https://t.co/flpWSf4R1h

Great start to the year for Bellator. Had to make this happen, and they did. https://t.co/MH3z2Z2VG9

Undeniably, McKee has been one of the biggest draws in Bellator in recent times. In 2021, “Mercenary” copped the featherweight title and the Bellator Featherweight World Grand Prix by submitting Patricio “Pitbull” Freire. He lost his featherweight strap in their rematch in 2022 and the loss to Pitbull remains the only defeat in his career.

McKee decided to move to lightweight and pulled off an impressive 155-pound debut at Bellator 286, beating Spike Carlyle via unanimous decision. He picked up where he left of at Bellator vs. Rizin on New Year’s eve and dominated Roberto Satoshi de Souza en route to another decision win. 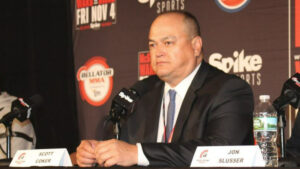 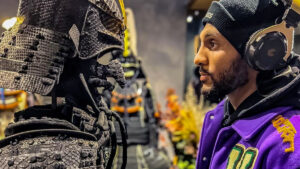 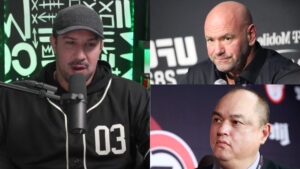 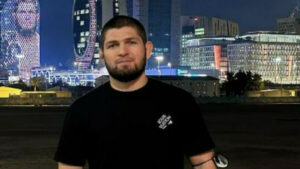