Gi vs. No-Gi BJJ: The Ultimate Guide to a Successful Transition

Everything You Need to Know Before Switching Styles

The gi is synonymous with Brazilian Jiu-Jitsu (BJJ), among other martial arts. Most commonly seen in white or blue, the uniform is one of the first things you will receive upon joining a dojo. To receive your gi and belt is a form of initiation and is regarded with great respect and honor.

Purists and traditionalists believe gi BJJ is the best place to build your foundation. Still, a new wave of practitioners thinks the opposite, especially if you are interested in competing in MMA. Knowing where to start or when and how to transition can be difficult decisions.

Luckily, this guide will tell you everything you need to know about both styles and how to transition from gi to no-gi BJJ.

BJJ has its roots in Judo, a grappling art that hails from Japan. Inspired by traditional kimonos, Kano Jigoro, Judo’s founder, created the judogi to develop a uniform for his students. He needed something durable that could withstand the forces of full-contact martial arts. 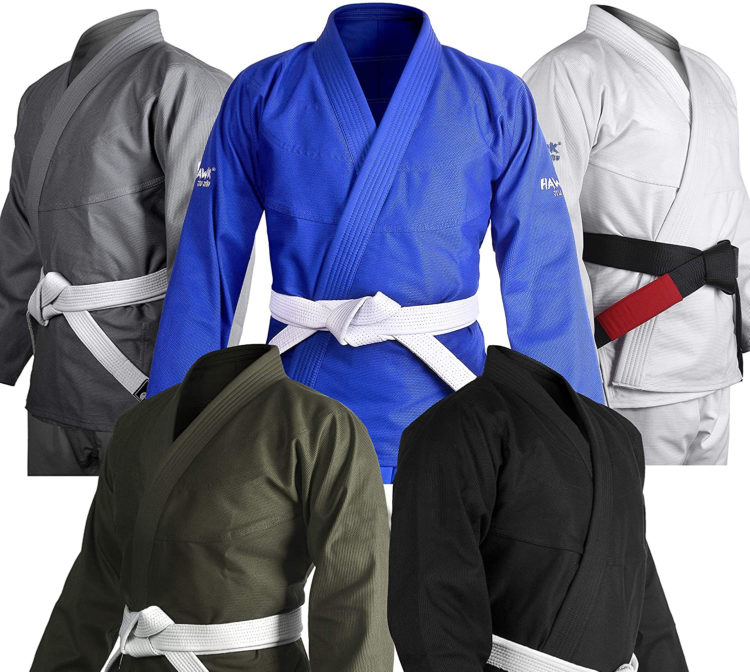 Over 100 years ago, he constructed a jacket and pants uniform from a heavy unbleached white cotton fabric. It became the first martial arts uniform.

Why Does BJJ Use a Gi?

Judo made its way to Brazil via Mitsuyo Maeda, a student of Kano Jigoro, who became the teacher of a teenage Carlos Gracie. Carlos, along with his brothers Helio and Roger used their foundational knowledge of Judo to form the basis of Brazilian Jiu-Jitsu.

The Gracies focused much more on ground techniques over many of the standing techniques and throws that Judo offers. Consequently, they had to adapt the gi to facilitate their new style of grappling. The BJJ gi allows for tighter cuffs at the arms and legs, and the ‘skirt’ (between the legs) is shorter. The modifications offer a closer fit, which gives the opponent less material to leverage and manipulate.

Additionally, the bagginess of the judogi was not necessary due to the absence of throws in BJJ. Another difference in the uniform styles is that gym teams and sponsors are allowed to be displayed more prominently on the BJJ gi. These are seemingly small differences but are worthwhile to understand. While a judogi can be worn legally in a BJJ competition, a BJJ gi would not meet a Judo competition’s regulations.

How Does a Gi Affect the Sport?

The main difference between gi and no-gi jiu-jitsu is the uniform, which affects not only the student’s appearance but also the techniques they will be able to use. In gi BJJ, the traditional uniform of a jacket, pants, and belt (denoting rank) is worn in all training elements. 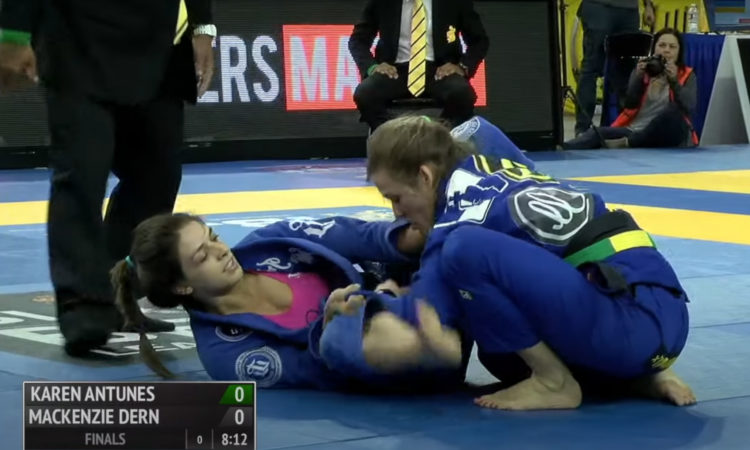 The clothing’s looseness allows practitioners to grab and grip around the wrist, leg, lapel, or collar. It is more comfortable to establish, secure, and maintain these holds because the fabric adds friction and is far less slippery than the no-gi’s athletic garments.

In no-gi, a ‘rashguard’ is typically worn with board shorts, or leggings are also a common alternative. These fabrics are stretchy, sweat-wicking, and made from elastane and polyester. Without the gi, the ‘handles’ used to secure grips are no longer available as the rashguard and leggings are not only skin-tight but also made from a slippery fabric.  The gear gets wet, sweaty, and slick, making it even harder to establish a solid hold on an opponent and far less complicated for them to escape completely. 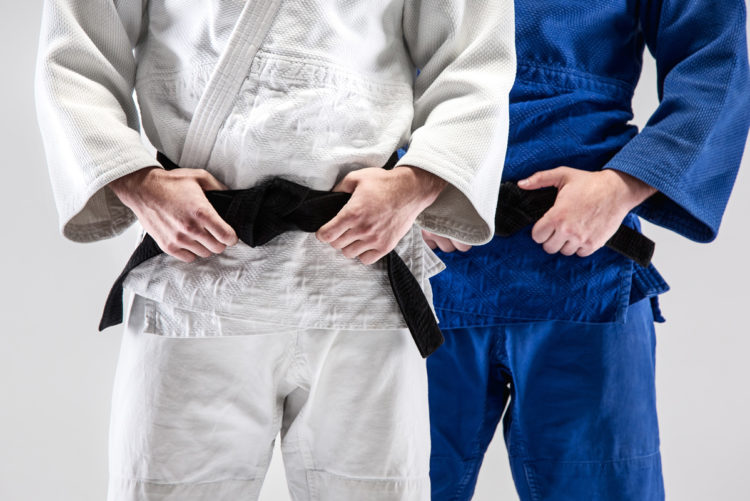 No-gi requires greater speed in both strategies and actions as the pace is much faster than in traditional BJJ. Without the uniform, the number of options you have to control your opponent is reduced, so there is a lot less of a gap between action, reaction,, and counters.

It will be necessary to speed up both offensively and defensively as the gi cannot be used to stall or buy yourself time. This contrast will take time to develop initially, but the overall result will be increased reaction times and overall speed. 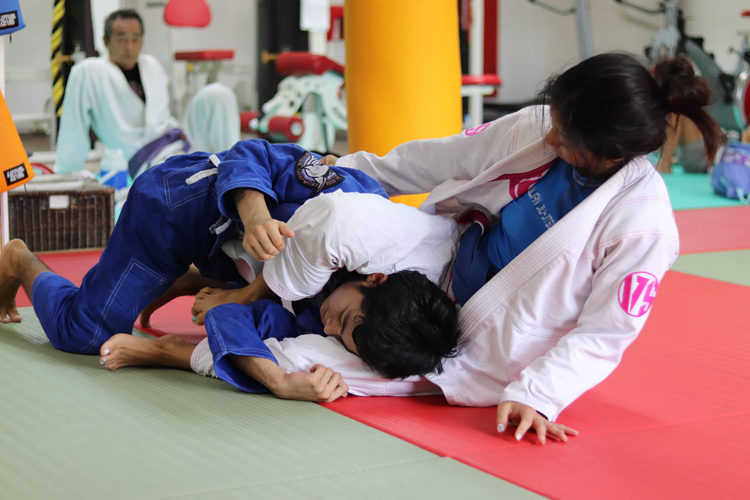 The gi allows the practitioner to apply pressure and control their opponent through the use of grips. Without the fabric to facilitate this, it becomes much harder to form these holds and requires even greater isometric strength.

Pressure passing will also be much more common as the added slipperiness makes it harder to secure and solidify positions. Passing through in no-gi, without the pants or collar to grip, means you will need to learn how to adapt to what is an entirely different game. Mastering under hooks and the cross face will be crucial to a successful transition.

No-gi BJJ has far fewer grip options available to the practitioner. Without lapels, pants, and collars to secure them, you will have to focus on more wrestling based grips and controls such as ‘wrist grips’, ‘collar ties’, and both ‘overhooks’ and’ underhooks’.

Another thing to bear in mind is that without the gi, everyone is a lot more sweaty and slippery, making it harder to sustain grips. Therefore, they cannot be typically held for as long a time compared to gi BJJ.

It may feel like there is a lessened sense of control without the gi when you first transition, but over time you will feel more competent. One way to ease the transition will be to try using grips that don’t require the use of the gi in class to help strengthen areas that will benefit you once you make the move.

Unfortunately, many of the guards you will have learned in gi will not apply to no-gi. Lasso guard, spider guard, and worm guard will be rendered useless; instead, you will need to revert to more basic guards such as closed guard (with overhooks and underhooks), x guard, and half guard. Classic BJJ guards usually heavily rely on gi grips, and some will not transition at all, while others, like the de la Riva guard, can be adapted for no-gi.

The opportunities for leg locks are much more frequent in no-gi, as the absence of the uniform means you have more options to grab limbs rather than clothing, and the legs are usually easier to grasp, and are more likely to be exposed. Getting good at leg locks will drastically improve your submission rate.

In classic BJJ, leg lock options only really open up at higher belt levels. While lower ranks can use a straight ankle lock, black belts have many more available to them, including toe holds, kneebars, and calf slicers. However, in no-gi, there is plenty of opportunity to learn and use these from very early stages.

The back is hands down the best position to have in no-gi BJJ. It will be crucial to your success to learn how to take the back, maintain it, and submit from that position.

This is the most dominant position you can have, which not only makes it hard for your opponent to escape from, but it is also the perfect position to have to be able to set up a rear-naked choke, which is one of the most superior submissions available in no-gi.

While there are fewer submission options in no-gi, students tend to be more proficient in a smaller range of reliable techniques than knowing a wider variety, but to a lesser degree. The submissions that hold up across both modalities are also the oldest: triangle choke, rear naked choke, armbar, kimura, guillotine. Working on these fundamental techniques will aid you in your transition.

Adding wrestling classes to your regular training schedule would be a massive aid in moving from gi to no-gi. It adapts well to BJJ, especially because it is faster paced and will help with your takedowns and entries. The wrestling base is also very useful in developing a balanced stance.

Both styles of BJJ have their own rulesets. One of the most significant differences is that heel hooks are not allowed by the IBJJF (International Brazilian Jiu-Jitsu Federation), but other awarding bodies, such as the ADCC (Abu Dhabi Combat Club), will permit the technique in no-gi rulesets.

Which is more realistic?

It’s hard to fully decide which style is more practical for self-defense. Some say that traditional BJJ is more realistic as people are usually wearing loose clothing similar to a gi.

However, on the other hand, it is not necessarily always possible to establish a grip on an attacker’s attire and it’s definitely worth having the conditioning from no-gi BJJ to sustain these grips in an instance where there is nothing easy to grab onto.

Gi or no gi, there are strengths and weaknesses to both styles. Experts recommend training across both modalities to gain the benefits of both. Cross-training in styles may be difficult at first, but will become an automatic process after a little while.

To reach the highest levels of the sport, gi BJJ is always recommended, but if your intentions are to be an MMA fighter, training no-gi only is a better solution. Ultimately, the decision should come down to your personal goals and needs. Whatever you choose, there is little to worry about; jiu-jitsu is a proven system of self-defense and works regardless of what you are wearing. 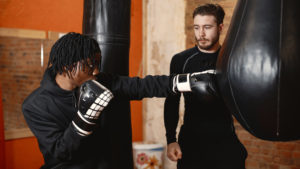 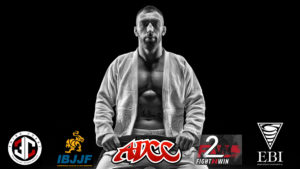 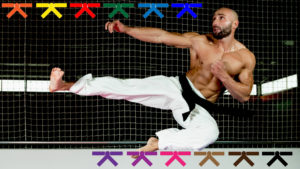 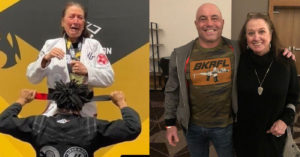