Yoel Romero is the most successful Cuban mixed martial artist of all time. He is a former UFC Middleweight runner-up and one of the greatest tragedians in the history of UFC.

Yoel Romero has an amazing freestyle wrestling base. As a former Cuba national wrestling team member, he has earned numerous medals – five-time Pan American Championship winner, three-time Wrestling World Cup winner, World Championship winner in 1999, and a silver medalist in Olympic Games in 2000. He has also earned many silver and bronze medals in other competitions.

Yoel Romero has a very good ground game, and he is one of the fighters with the best throws and transitions in the history of Middleweight division. When in the clinch, he often goes for a suplex or double leg takedown but he has many other attractive throws in his arsenal. When the opponent is on the ground, he punches or elbows him over and over until the referee stops the fight.

Soldier Of God is one of the most explosive fighters too. When he wins the match he performs very attractive calisthenics. Romero utilizes kicks well but his strongest strikes are left flying knee and overhand left. Yoel Romero is known for brutal knockout power, and he is probably the strongest competitor in Middleweight division. His first strike is fast as lightning but the speed of combos is average.

Yoel Romero had his MMA debut at Fight Of The Night 2009 on December 20, 2009, in Nuremberg, Germany, and defeated his rival, Sascha Weinpolter, via TKO after only 0:48 in the first round.

He had the fastest victory of the career versus Laszlo Eck, whom he defeated via KO after 33 seconds in the first round. Soldier Of God joined the UFC with the score of 4-1.

Yoel Romero had his UFC debut versus Clifford Starks at UFC On Fox 7 on April 20, 2013, in San Jose, California, whom he defeated via flying knee and punches in the first round. Soldier Of God won his first Knockout Of The Night award.

His next rival was Ronny Markes at UFC Fight Night 31, on November 6, 2013. Romero won via KO again.

Despite being an underdog, Yoel Romero defeated Derek Brunson at UFC Fight Night 35 on January 15, 2014, via punches and body elbows TKO in the third round, and won his first Fight Of The Night bonus.

Romero made a big surprise versus Tim Kennedy at UFC 178 on September 27, 2014. Despite Soldier Of God won in the third round via TKO and earned Fight Of The Night award, the fight was very controversial.

Yoel Romero had a nasty cut above his left eye at the end of the second round. UFC Cutman applied too much Vaseline on the cut. The referee John McCarthy allowed Romero to sit and wait for UFC Cutman to return and wipe the excess Vaseline off. Romero’s cornerman also didn’t leave the octagon on time. It allowed Romero more time to recover.

Yoel Romero faced Lyoto Machida at UFC Fight Night 70 on June 27, 2015, in his first main event of the evening. Soldier Of God won the fight after a brutal barrage of elbows in the third round, earning his first Performance Of The Night award.

In the most difficult fight of the career, Romero defeated Ronaldo Souza at UFC 194 on December 12, 2015, via split decision.

With the current champion, Michael Bisping sidelined due to an injury, and Georges St-Pierre asking more time to prepare and cut weight, Yoel Romero got a chance to face Robert Whittaker at the UFC 213 on July 8, 2017, in Las Vegas, Nevada, in the main event of the evening. The fight was very interesting to watch, and both fighters were throwing everything they had during the five rounds of war.

Romero took Whittaker down few times during the fight but had no solution for lightning fast punches, kicks, and knees. A Muay Thai specialist, Robert Whittaker, was able to keep the most of the fight standing and defeated Romero via unanimous decision. Both fighters earned Fight Of The Night bonus.

Yoel Romero got a chance to face Luke Rockhold at UFC 221 on February 11, 2018, in Perth Australia, in the main event of the evening, after the current champion, Robert Whittaker, pulled out due to an injury. At the weigh-in, Soldier Of God weighed 188.3 lbs and 187.7 lbs on the second attempt. Since he didn’t pass the weigh-in, he was fined 30% of his income, which was given to Luke Rockhold, and he was pronounced not eligible for the Interim champion if he wins the fight.

In the third round, Yoel Romero rocked Rockhold with a tremendous overhand left, followed by a punch on the ground which left him unconscious. The referee stopped the fight – Romero won via KO.

Despite Rockhold was very mean when Romero failed USADA test, Yoel Romero shocked the world after the fight when he replied to Rockhold’s trash talk with the expression of love. As soon as the fight ended and Rockhold stood up, Soldier Of God ran towards him and kissed him on his right cheek, saying “Hey, Luke, I love you!”.

Yoel Romero is a devoted Christian who constantly credits God and Jesus Christ for his career success. Romero rarely talks about his private life in public. He is not married. 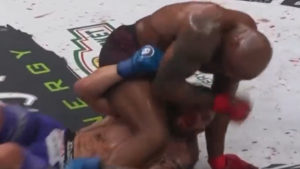 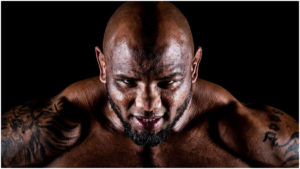 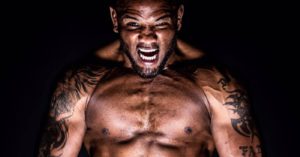 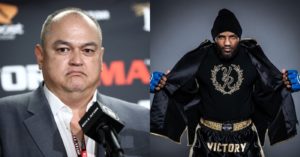