Robbie Lawler is a world-class striker. With the extensive background in Karate and boxing, he has a huge repertoire of techniques in his arsenal. As a pure sprawl and brawl, he prefers a stand-up exchange. His strongest weapons are left high kick, left diagonal kick, both high kicks, left flying knee, left cross, and left overhand. He has also got great left and right hook, which are sometimes followed by a left uppercut. Ruthless stays off low kicks.

In the clinch, Robbie Lawler usually goes for hooks or a left knee to the head or body. His clinch control is good, and his world-class takedown defense comes to fore when an opponent tries to take him down off the clinch.

On the ground, he usually punches the opponent. Robbie Lawler is known for a spectacular flying superman punch and flying hammer fist when his opponents fall to the ground. He rarely attempts a submission, but his submission defense is very good. He has 20 knockout victories in his career.

Robbie holds a bit strange guard with the arms slightly above the level of his chin but he defends strikes like a pro. He is one of the fastest competitors in Welterweight division.

Robbie Lawler is known for few significant records – most Welterweight split decision victories – 3 (he shares this place with 3 fighters), latest KO in a Welterweight title bout, and earliest Welterweight knockout loss in a Title Bout.

Robbie Lawler had his MMA debut versus John Reed on April 7, 2001, at Extreme Challenge 39. Ruthless won the fight in the first round via TKO.

He had the score of 4-0 before he joined UFC. In the second fight, he knocked Landon Showalter out after only 0:14 in the first round, which is his fastest victory ever.

Robbie Lawler had his UFC debut at UFC 37 versus Aaron Riley on May 10, 2002, in Bossier City, Louisiana. Robbie won via unanimous decision. 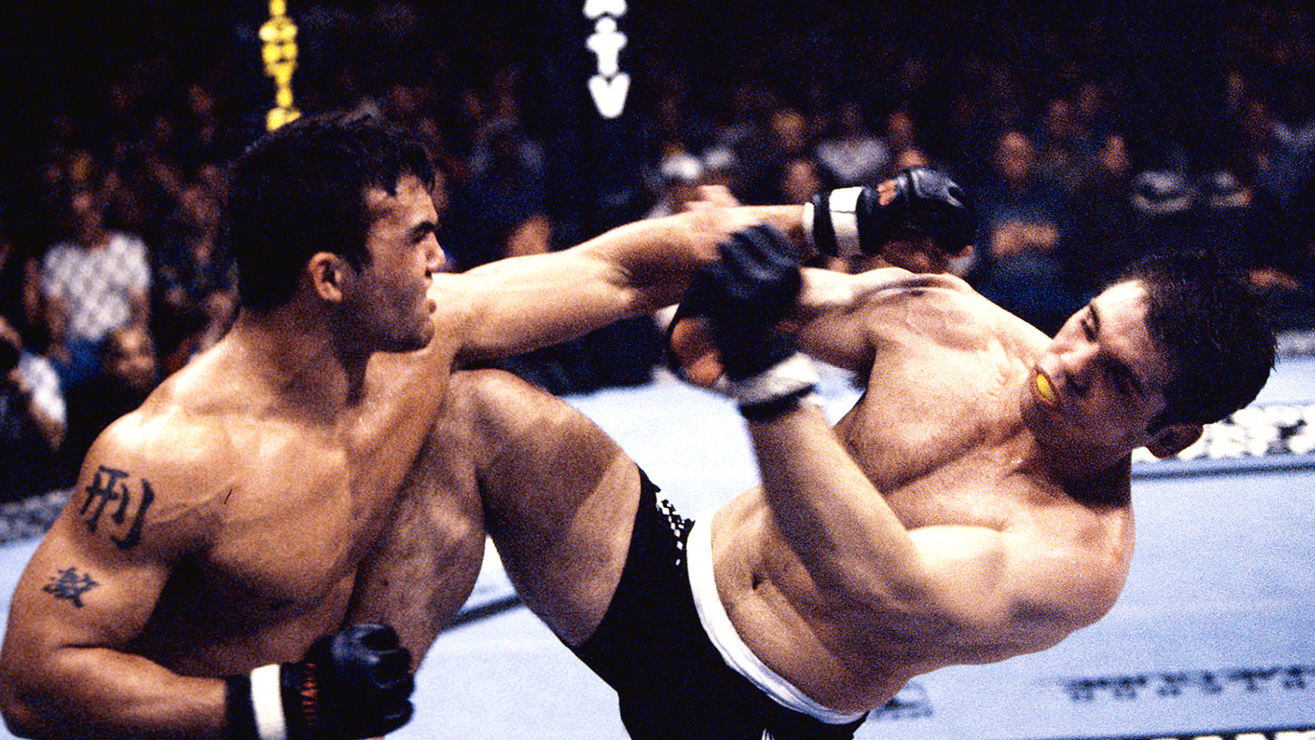 His next opponent was Pete Spratt at UFC 42 on April 25, 2003, in the co-main event of the evening. Pete Spratt won the fight via submission in the second round due to Lawler’s hip injury.

Ruthless faced Nick Diaz at UFC 47 on April 2, 2004. Nick Diaz won via surprising knockout in the second round. Lawler attacked hard, and Diaz simply countered with a right hook, which sent Lawler to the mat. 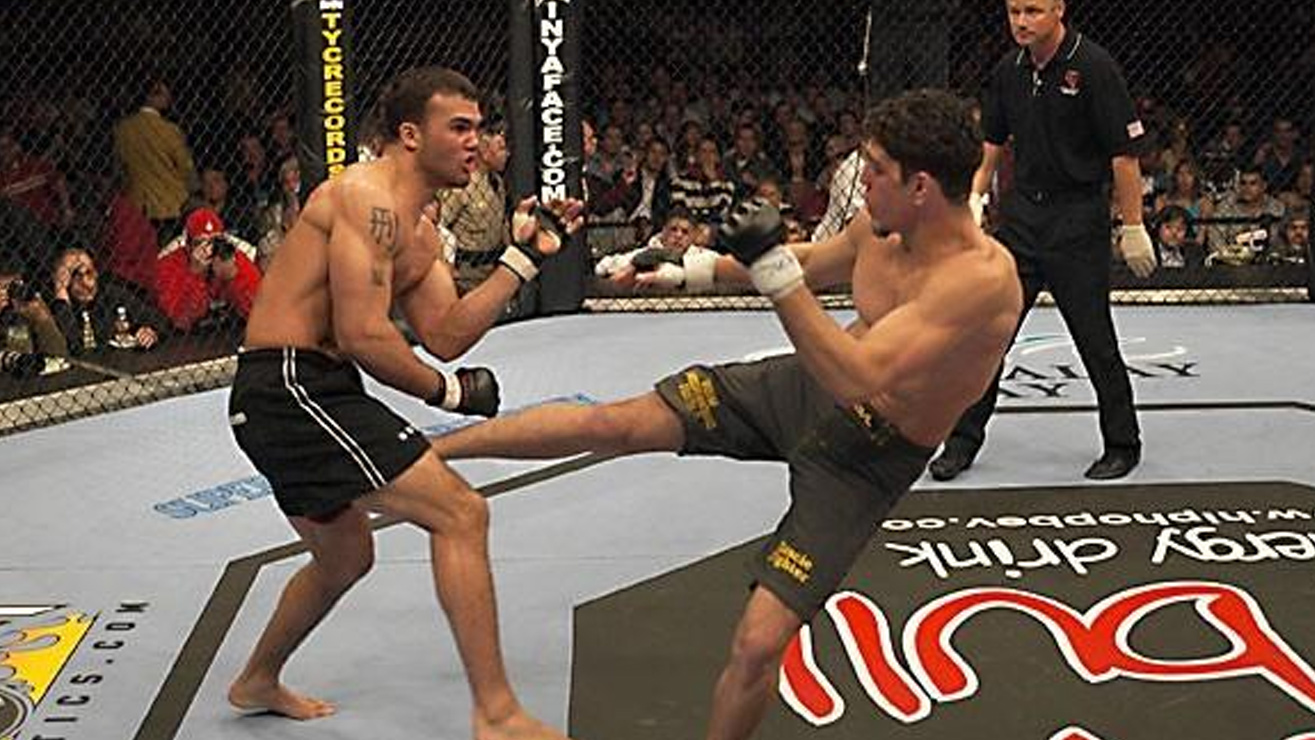 Robbie Lawler is defeated of Evan Tanner at UFC 50 via triangle choke on October 22, 2004. This was Robbie’s Middleweight debut and first submission loss. After this fight, Robbie fought in the smaller promotions for the next 8.5 years.

Robbie Lawler – Return To The UFC

Robbie Lawler returned at UFC 157 to face Josh Koscheck on February 23, 2013, in Anaheim, California. Lawler won via TKO and earned his first Knockout Of The Night bonus. Koscheck protested because of the stoppage but it was clear that he wasn’t defending as Lawler was delivering brutal punches. 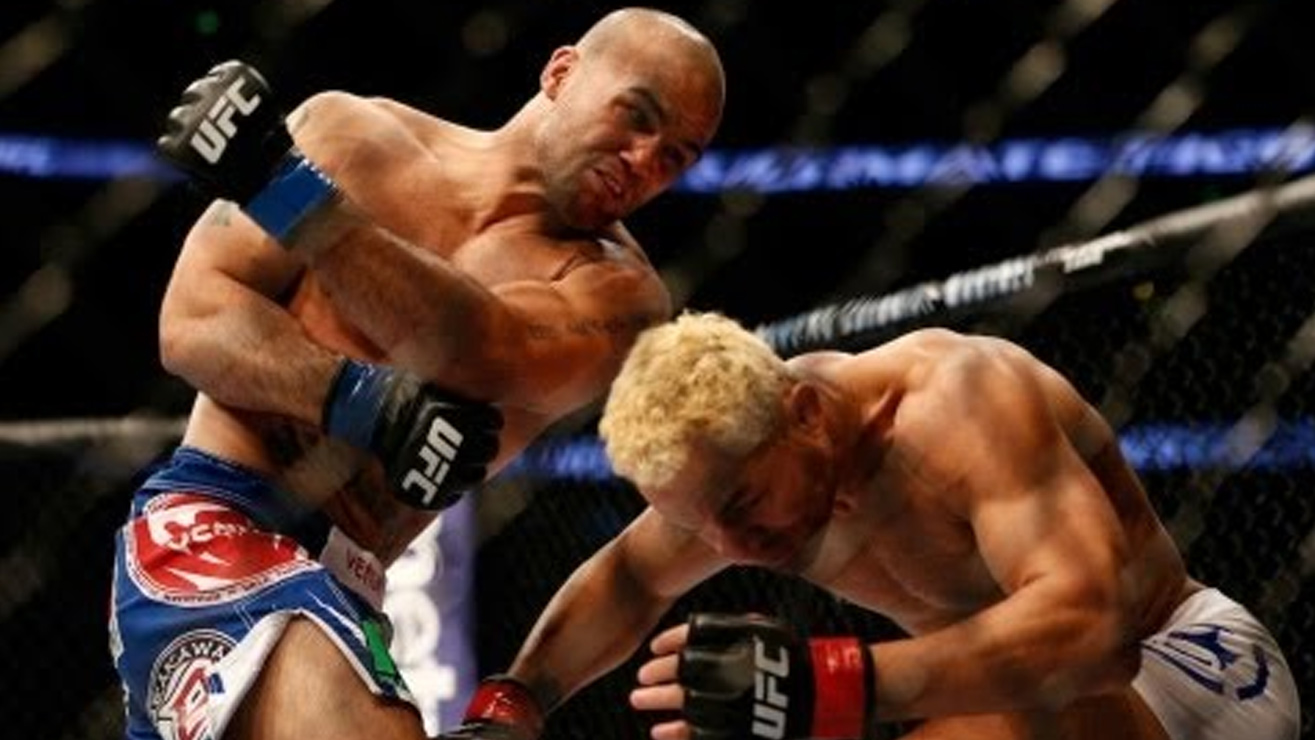 The Ruthless faced Bobby Voelker at UFC On Fox 8 on July 27, 2013. Robbie earned a spectacular left high kick KO victory in the second round.

Robbie Lawler faced Johny Hendricks in a Welterweight title fight on March 15, 2014, in Dallas, Texas. It was Lawler’s first fight in the main event of the evening. Both fighters earned the Fight Of The Night bonus, but Hendricks won via unanimous decision. The fight was excellent during all five rounds. It was also the Fight Of The Year. 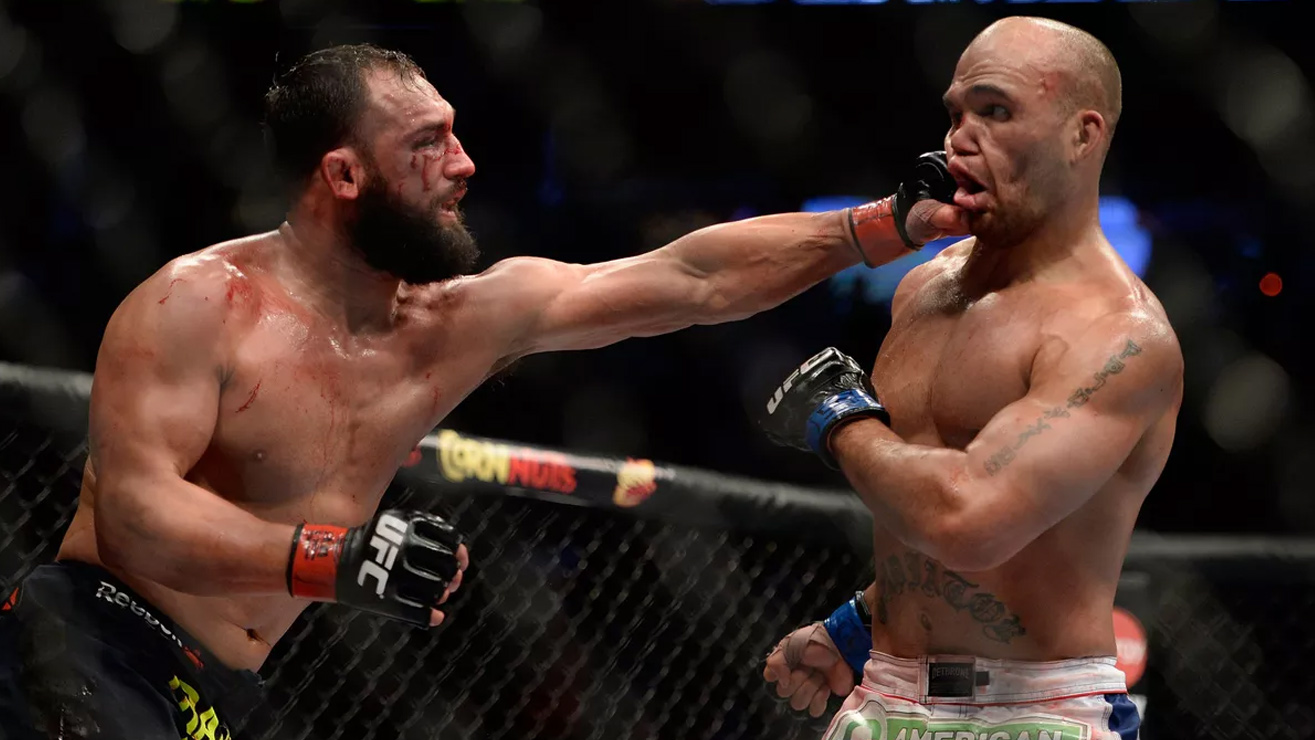 His next opponent was Jake Ellenberger at UFC 173 on May 24, 2014. After a left flying knee in the third round, Ellenberger fell to the ground. Lawler delivered few left hooks and the referee stopped the fight, and he won via TKO.

Robbie Lawler fought in the main event of the evening for the second time versus Matt Brown at UFC On Fox 12 on July 26, 2014. After five great rounds, Lawler won, and both fighters were awarded The Fight Of The Night bonus.

The Ruthless faced Johny Hendricks in a rematch on December 6, 2014, in Las Vegas, Nevada, in the main event of the evening. This time, Robbie Lawler has shown completely different face and remained dominant during the most of the rounds. Lawler won the fight via unanimous decision, and he became the UFC Welterweight Champion. 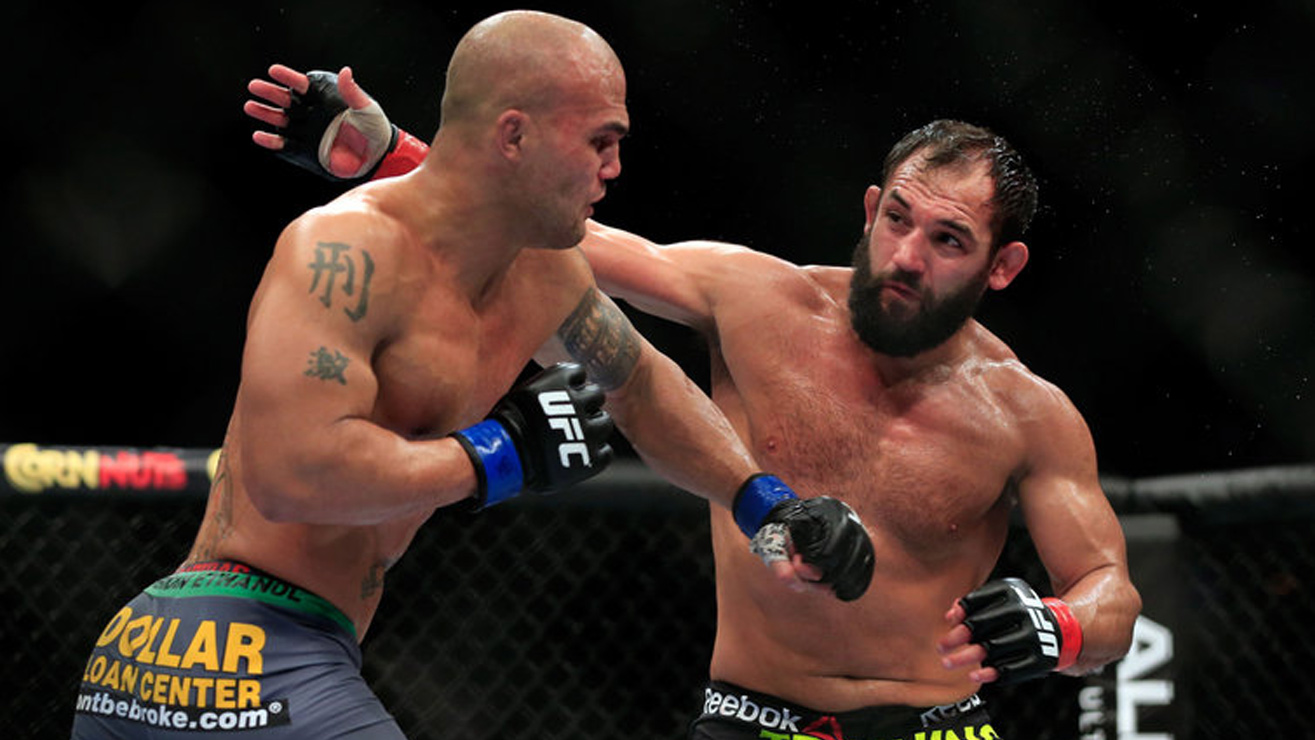 Robbie Lawler was defending the title for the first time at UFC 189 in a rematch versus Rory MacDonald on July 11, 2015, in Las Vegas, Nevada. This was one of the best fights in the history of UFC Welterweight. It was also known for the latest Welterweight finish in a title bout. In the fifth round, at 1:00, Lawler won MacDonald again, this time via TKO. Both fighters received Fight Of The Night bonus. The fight was announced for The Fight Of The Year too. 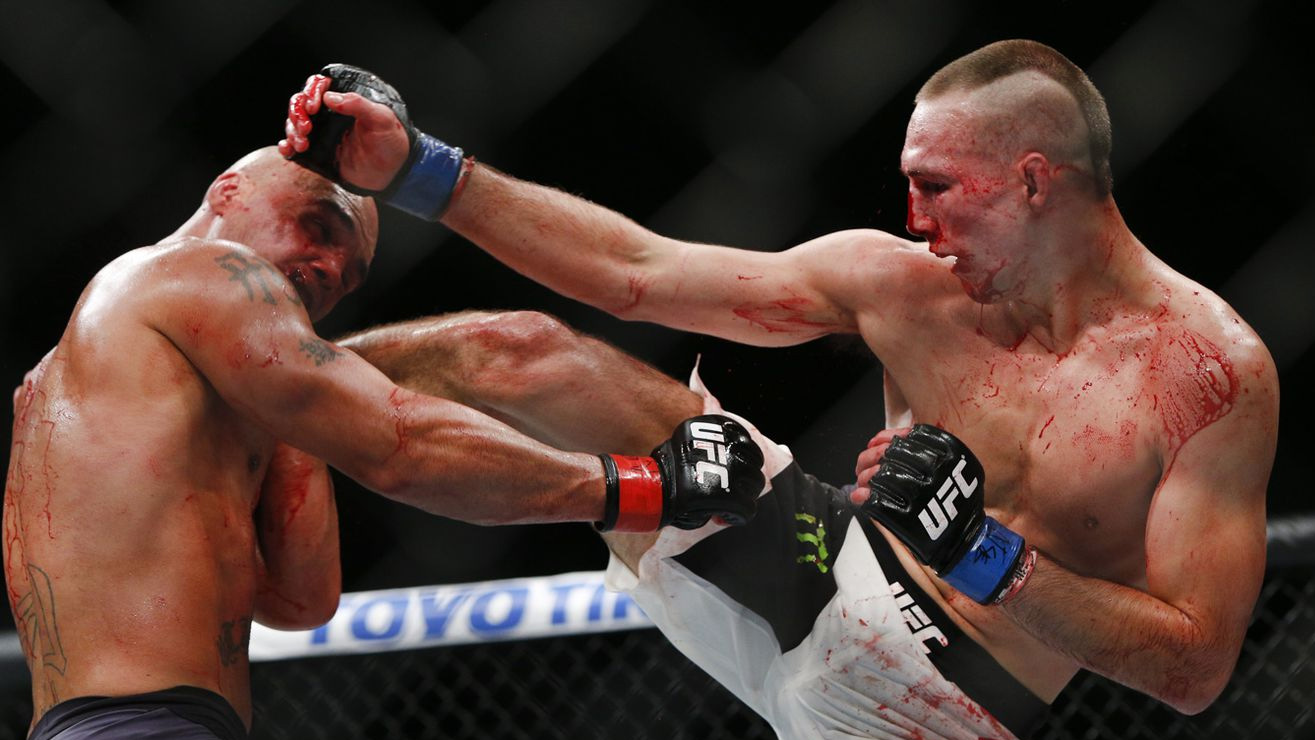 In the second title defense, he faced Carlos Condit at UFC 195 on January 2, 2016, in Las Vegas, Nevada, in the main event of the evening. The fight broke another record – the highest number of significant strikes landed in a Welterweight Title Bout – 176. The Ruthless won via split decision, and both fighters won Fight Of The Night bonus. And one more Fight Of The Year award!

Robbie Lawler fought Tyron Woodley on July 30, 2016, in Anaheim, California, in the main event of the evening. Despite everybody was expecting a tough fight, Tyron Woodley surprised everybody. He faked the jab in the first round and hit Lawler’s chin with a brutal overhand right. As soon as Lawler fell down, Woodley continued delivering right hooks while Lawler was on the fence. 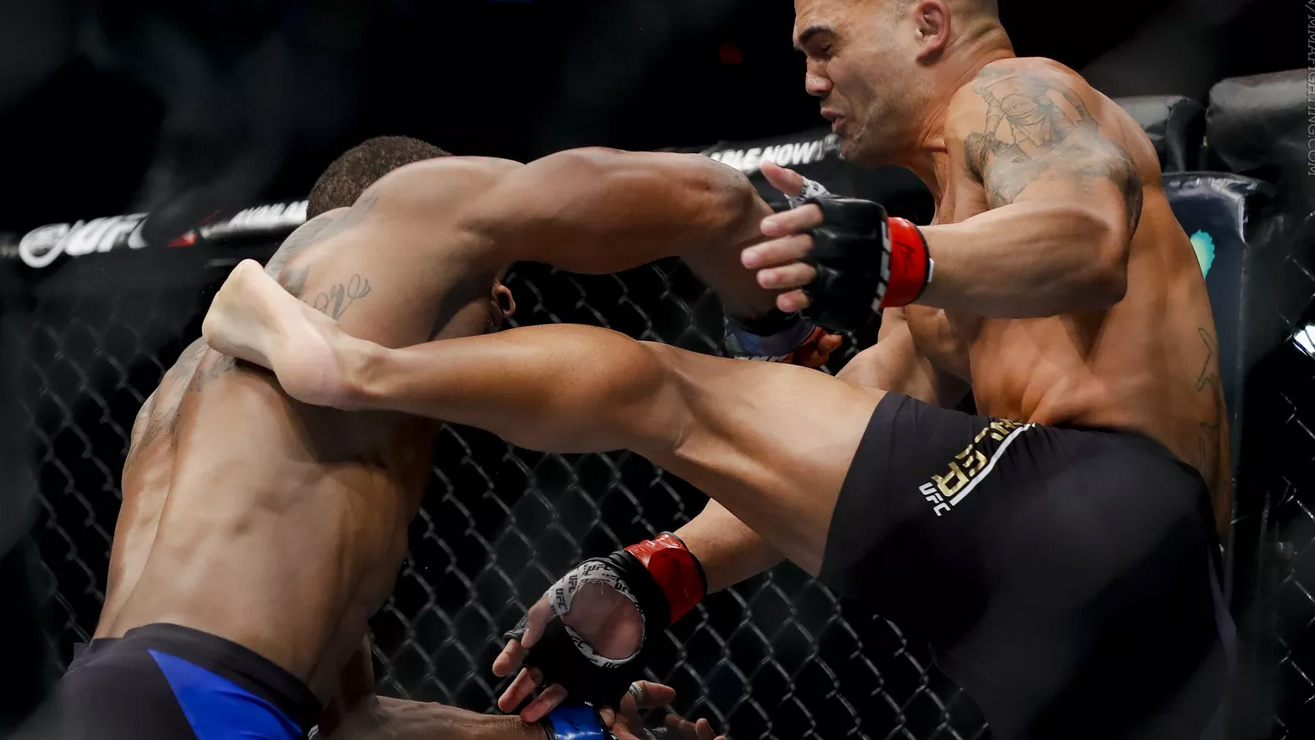 The fight broke the record for the earliest Welterweight Title Shot victory. Tyron Woodley won at 2:12 in the first round.

The Ruthless next faced Donald Cerrone at UFC 214 on July 29, 2017. Robbie Lawler won the fight via unanimous decision and told that the victory is dedicated to Matt Hughes, who suffered serious injuries in a truck accident.

At UFC On Fox 26, Lawler fought Rafael dos Anjos on December 16, 2017, in the main event of the evening. Rafael dos Anjos won via unanimous decision and Lawler suffered a gruesome knee injury. He won’t be fighting for the most of 2018. 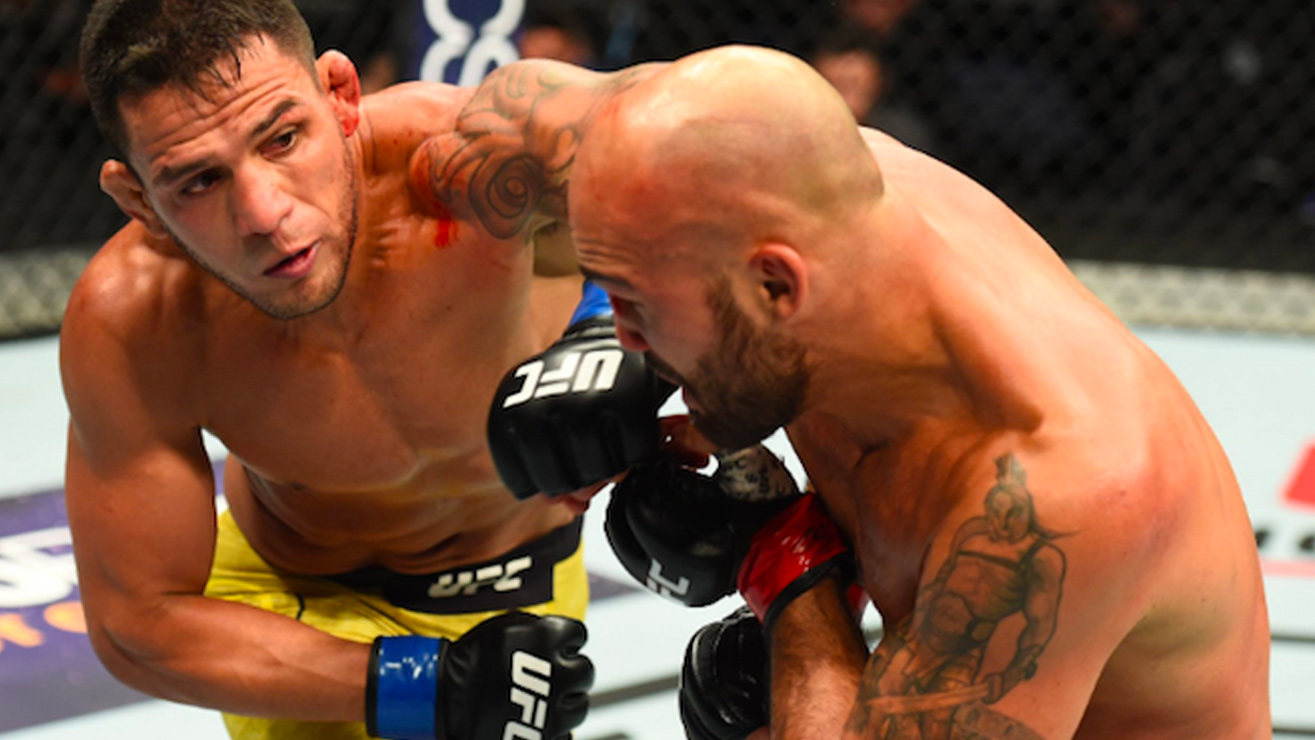 Robbie Lawler is married to Marcia Suzanne Lawler, and they have a son.