No better way to end your career than with a knockout victory. Job done for Chris Leben who can now enjoy a well deserved retirement. 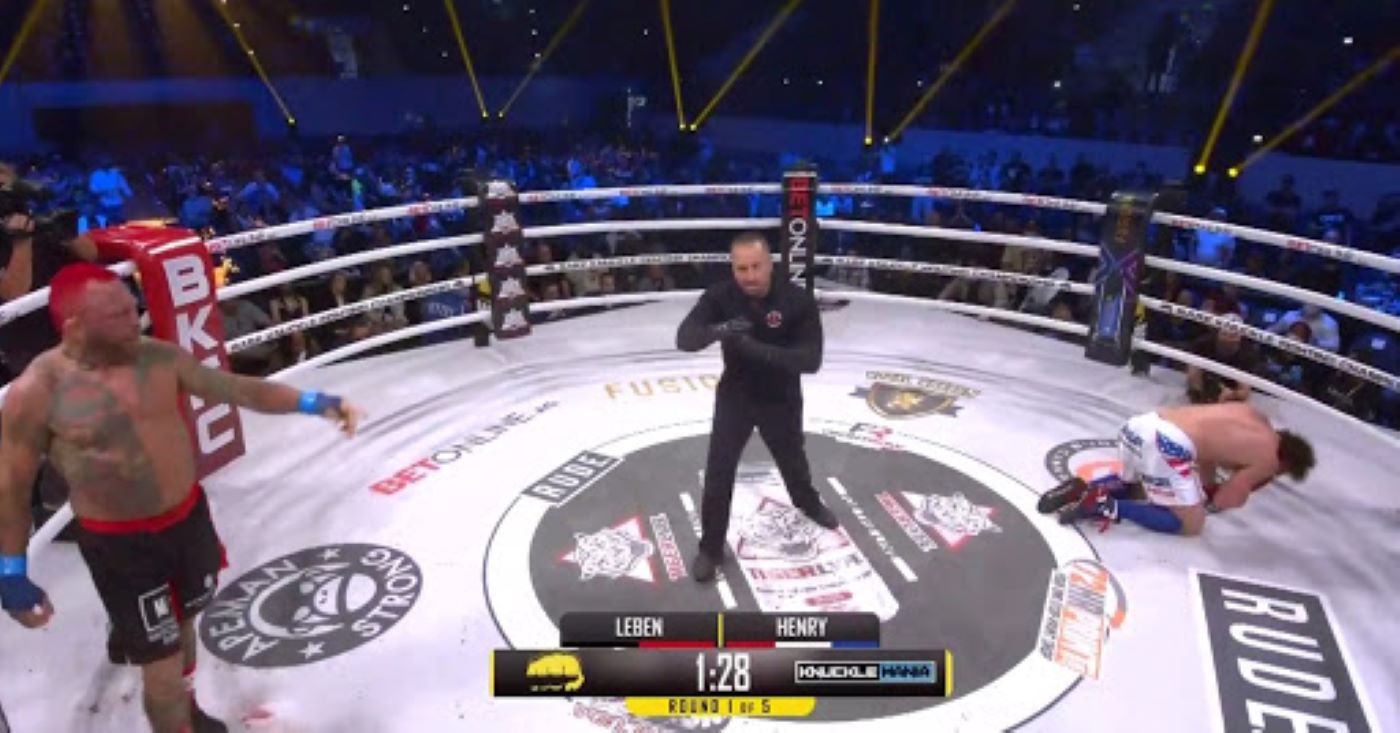 BKFC is back tonight with a stacked card live from Tampa Bay, Florida. Up next, a heavyweight bout between UFC veteran Chris Leben and Quentin Henry. Leben confirmed that it would be the last fight of his career.

Counter left hand lands immediately for Leben as Henry comes in. Henry falls to the canvas and holds his nose in pain after a clinch. It seems it was a completely legal punch that Henry got caught with, but the doctors want to make sure he can still continue. The action resumes and Henry explodes into a combo. He catches Leben with a right hand but Leben knocks him down with a big left hand. It is all over, Chris Leben knocks out Quentin Henry in his final fight.

Official results: Chris Leben defeats Quentin Henry by knockout at 1m20s of the very first round.

Leben had announced that this would be his last fight. He took the opportunity to thank his fans and family for their support during his post-fight interview.

punch to the eyeball but he got back up pic.twitter.com/KnoeItvUA3

CHRIS LEBEN GOES OUT ON TOP!!!

He lands a MASSIVE two-punch KO in the final fight of his storied career. 👏#KnuckleMania #BKFC https://t.co/fvTii7ebSw