Carano improving her ‘submissions’ with Couture 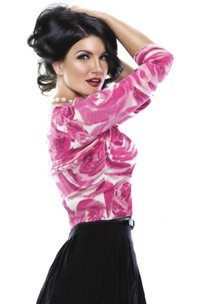 The fact that Carano is training with anyone for her August 15th fight against Cyborg just makes me overly jealous. The type of jealously I assume Starscream felt towards Megatron from 1984-1987. Would I rather be training Gina Carano in her ‘submissions’? Yes. Would I have anything to teach her? No. Is it annoying to pose a rhetorical question and then answer it shortly after? Yes. In fact, for 2009…humanity, lets just stop doing that. It’s not really clever or witty…enough is enough. Besides, you don’t want to be that guy.

Regardless, it’s good to see Carano train with an MMA legend like Randy Couture. Humanity needs something to combat the fact that Cyborg is getting elite training from T-1000s, Terminatrix(es?) and whatever else Skynet wants to throw at Carano to end our civilization. What do I have to be in the gym when Kim Couture is on top of Gina Carano transitioning over to north-south position? There’s a thin line between MMA enthusiast and ‘restraining order friendly’ guy that has already pre-ordered two cases of Carano’s figurine for ‘personal use’. At the end of the day, all that matters is that oureyes are blessed to watch 15 minutes of Carano in amazingly tight shorts running around an octagon like my functional alcoholic neighbor scatters around her apartment when she thinks one of her twelve cats got into her Yukon Jack. [Source]

Cameron Dollar is fighting in the UFC this weekend!