After I watched my 24th ESPN2 replay of Brock Lesnar collapsing Frank Mir’s consciousness with vicious ground and pound I just sat back and wondered…can anyone beat this guy? Maybe the question was…is this even a guy? Dude is like the end level boss on Double Dragon 2. Brock’s neck and chin is connected by a force-field of hardass that is impenetrable by the average human fist. All that extra meat connecting his head to his shoulders rendered him impossible to KO. So teeing off at his head will only make him aware that you’re in the cage with him (which can never be a good thing). So that leaves, submissions? Well it’s happened before but when you have a +300lb dude introducing his right fist to your left cheek, options are pretty limited. Now we know the most efficient way to KO Lesnar, and its called diverticulitis (and you can’t pronounce it).

A source told WCCO that Lesnar has a severe case of diverticulitis, a disease where small pouches form in the digestive system.

Bummer. Hope you get your inhuman strength back as soon as possible. [Source] 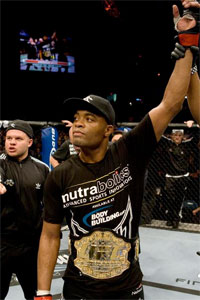 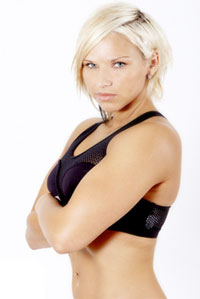