‘Anderson Silva is really trying not to fight me’ – Dan Henderson 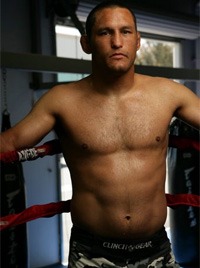 Dan Henderson makes some mean fish tacos. Recently he said the fish tacos he made in Portland for UFC 102 weren’t that good…but they would still work. Every MMA site should start off with a ceremonial fish taco reference whenever Dan Henderson is mentioned. It would be like a Bruce Buffer 180, except you can throw hot sauce on top and eat it. Besides making incredibly dope fish tacos, knocking out guys from Manchester and getting Sokoudjou to carry sodas in a red wagon for his BBQ…Dan Henderson has a little something to say to Anderson Silva.

“I think I’m the one guy that poses enough dangers [to Silva] style-wise…If I were his manager, I’d be trying not to have him fight me as well. I know that Anderson Silva is really trying not to fight me. It’s obvious.”

If I had a manager, I would repeatedly inform him that I don’t want to fight Dan Henderson just to make things abundantly clear. In fact, that would be the only reason to have a manager. After Hendo’s impressive knockout of Bisping and Anderson Silva’s equally impressive KO of Griffin, it only makes sense that these two bang against each other sometime in the immediate future. It would also be great if Dan Henderson can make me fish tacos sometime in the immediate future. [Source] 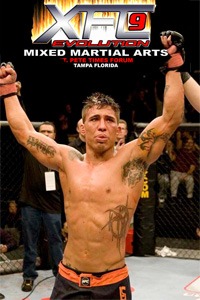 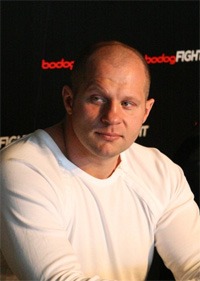