Tyron Woodley Wants to Fight Saturday Regardless of Location

The coronavirus has taken its toll across the entire globe. Store shelves are empty, schools are closed, and more and more cases of positive tests are being revealed. Nevertheless, the UFC has been making efforts to continue functioning at a high capacity. The virus’s impact has caused UFC London to be canceled. However, the main eventer Tyron Woodley has announced that he will be fighting no matter what, and hopefully, it’s against Colby Covington.

In the eyes of the UFC and many of its fighters, having the ability to continue fighting is a good thing. For the majority of competitors, it’s their only source of income. And for UFC President Dana White, when guys want to fight, he will let them. Of course, not without heavily monitoring the situation to make sure it’s safe first.

"I am fighting Saturday. Who I'm fighting? I don't know." – @TWooodley who just conducted an Instagram live stream.

“I was willing to go to London, actually I was supposed to be flying out today in four hours to go to London. Only one of my cornermen was going to make it and that’s it and my videographer and homey … those were the only two who were gonna corner me. I was gonna go out there with two people into an empty arena, I don’t give a f*ck. I’ve been training, I’m in pure murder mode.”

Whenever Woodley speaks, so does Colby Covington. Colby appeared to have thrown his name in the mix as a potential opponent on Twitter.

Word on the street is @LeonScott is out. The @ufc and America need a hero. Who wants see America’s Champ put the #MAGA cape on and beat the fuck out of @twooodley live on @ESPN next week for your entertainment and my own personal pleasure? 🇺🇸🦅🇺🇸

After Covington’s response, Woodley replied with a response of his own. He primarily stated that Colby is just throwing his name out for attention. He believes that Covington doesn’t truly want to fight and that if he does, Woodley would accept the bout under any circumstances.

"Colby Covington is my number one choice."

Do fans want to see the matchup between Woodley and Covington? 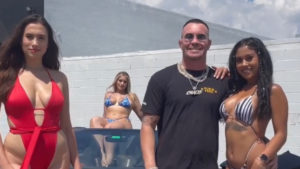 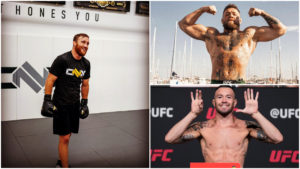 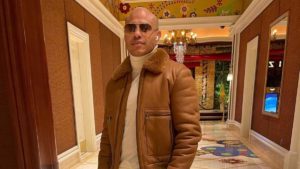