Diaz has repeatedly teased a comeback in recent years with his manager claiming a return in 2021 was all but guaranteed. 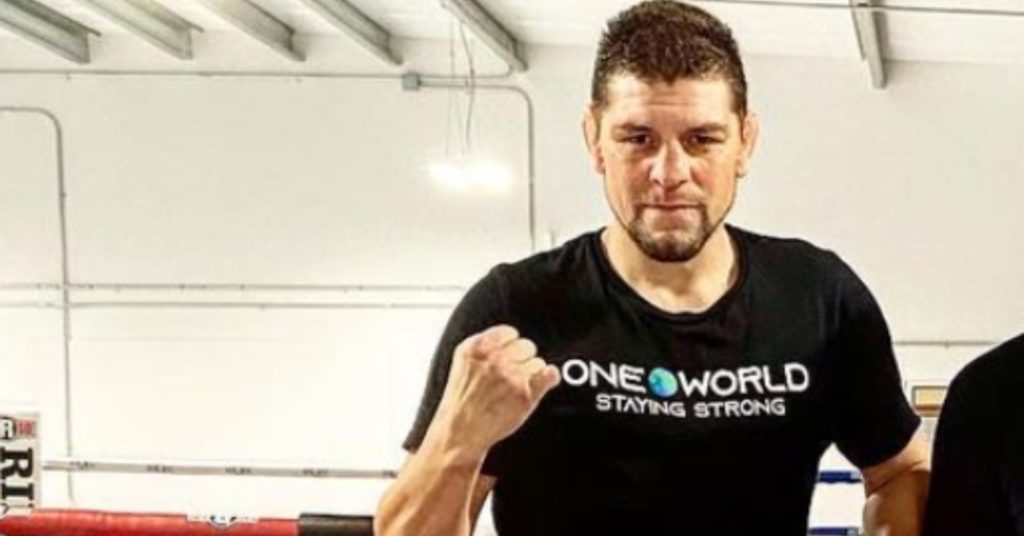 UFC president Dana White doesn’t expect Nick Diaz to return to action and doesn’t see why he would for that matter either.

Diaz hasn’t competed since January 2015 when he fought Anderson Silva to a unanimous decision defeat which was later overturned to a no contest.

Of course, he had an outrageous suspension for marijuana preventing him from competing initially. However, Diaz was eligible to return to action a few years later with a comeback hinted and reported multiple times only for it to not come to fruition thus far.

The latest came from his manager Kevin Mubenga who revealed earlier this month that there was a “99.99999 percent” chance Diaz would compete in 2021 and has been training.

White, however, doesn’t think he’ll ever compete in the UFC again.

“Everything that I see from Nick Diaz doesn’t look like Nick Diaz wants to or is ready to compete in this sport,” White told The Schmo in a recent interview. “This sport – even for Jon Jones, as good as Jon Jones is, you have to be 100 percent mentally, physically and emotionally ready to train, be ready for this and fight and I just don’t think, I don’t know.

“I don’t think anybody should want to see Nick Diaz fight. Nick Diaz has been in a lot of wars, he’s accomplished a lot of great things in his career, he’s made a lot of money, he’s obviously super-famous. He’s gotten everything you could hope to get out of fighting. I just don’t know why, when I see his Instagram, why he would want to come back.”

While Diaz has been known to party and document his whereabouts on social media, he hasn’t been as active on social media of late, at least on Instagram.

His last few posts on the social media platform are also mainly of him training so perhaps there is more hope this time than ever before?