You may have already seen the video of Khabib Nurmagomedov wrestling a friggin bear, with former two-division champion Conor Mcgregor recently seen feeding a tiger but have you seen a Jones wrestling a tiger?

Jon Jones shared a video on social media where he’s cross training with the baby tiger, not a man-eater tiger though and that without the chain.

At least Jones is playing and mixing up with baby Tiger, not like a former champion who went on to grab the Tiger with his ball during his visit to Thailand, for that act his followers busted him. 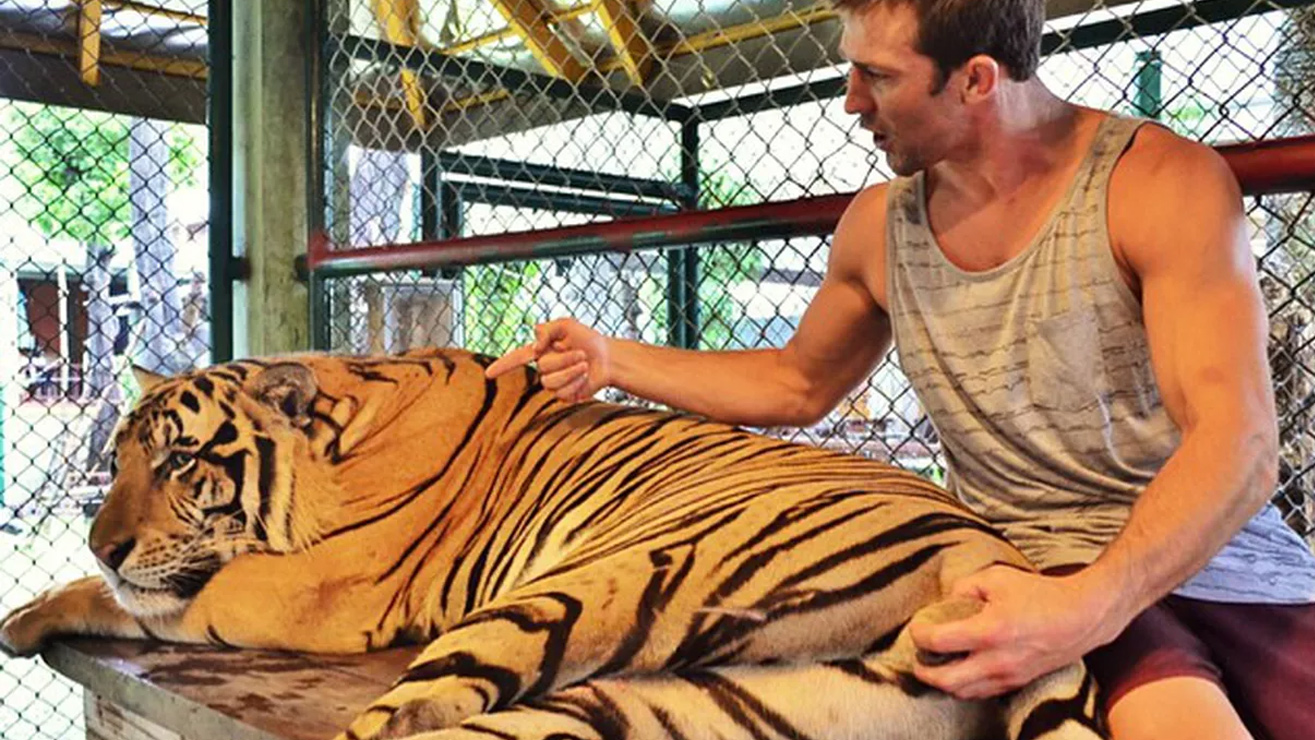 Ex-UFC light heavyweight champion Jon ‘Bones’ Jones is currently suspended by U.S. Anti-Doping Agency (USADA) for failing the drug test in regards to his UFC 214 bout. When he returns to Octagon or when he’ll have his disciplinary hearing is remain a mystery, but his manager is confident that USADA decision is coming soon.

Street MMA: There Are No Weightclasses in MacDonald's Brawls, Watch Who You Throw at
← Read Last Post

Video: Legend Renzo Gracie returns to the cage at ONE, wins with rear naked choke
Read Next Post →
Click here to cancel reply.