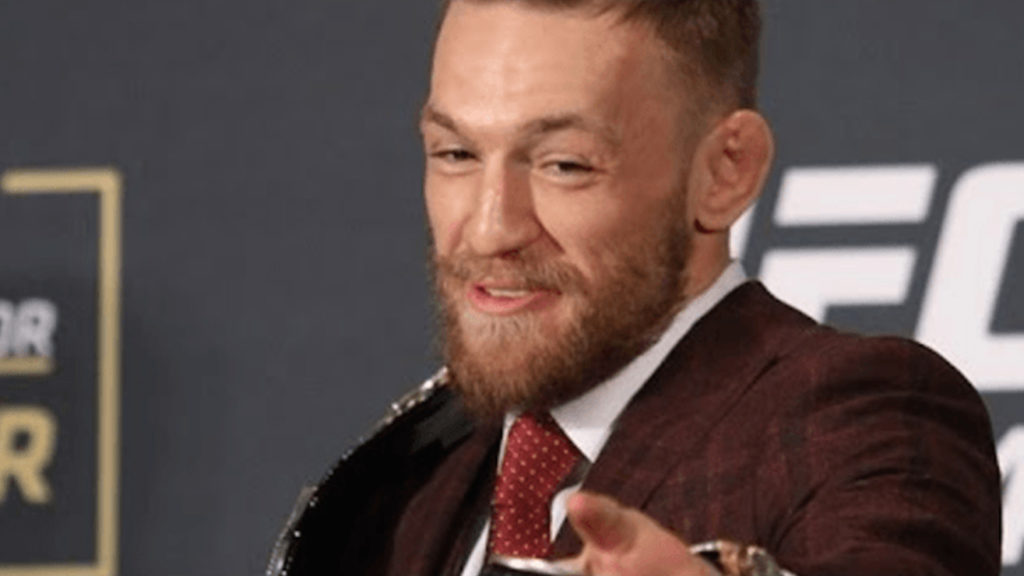 Conor McGregor jumped the Octagon fence to celebrate with his teammate Charlie Ward after he thrashed John Redmond at the very end of the first round at Bellator 187 in Dublin Friday night and then all hell totally broke loose. Of course, when Conor McGregor involved, things are never usually that simple.

@TheNotoriousMMA jumps the cage for his teammate Charlie Ward and its all chaos. #MMA #ConorMcGregor #Bellator187 pic.twitter.com/gu9LZL8ORf

Immediately after the fight was called off, Conor McGregor, who was not a licensed cornerman, excitedly jumped into the cage to celebrate with Ward. Referee Marc Goddard, who has a history with McGregor, immediately warn him to leave the cage, which appeared to upset McGregor.

McGregor shouted "that was a fucking stoppage" and ran back towards the cage. Goddard then ejected him pic.twitter.com/OImxiwq7f7

Notorious, who seemed to take exception with Marc Goddard telling him to leave, he can be seen putting his hands on his Goddard’s chest multiple times, even pushing him before being swarmed by officials.

Marc Goddard is the same referee who ordered him to leave cage side as he cheered for his friend Artem Lobov on at UFC Gdansk.

This was potentially a very serious situation, touching a referee, interrupting his job and seemingly going after him to instigate a physical confrontation is no serious joke.

Punishment as severe as this would be applied, McGregor could be at risk of a suspension for this or, at the very least, a fine.

Why Should You Care About Sumo Wrestling? Everything You Need to Know Before this November's Tournament
← Read Last Post