Watch: Edward Kelly Pull Off Spectacular knockout In His ONE FC Division 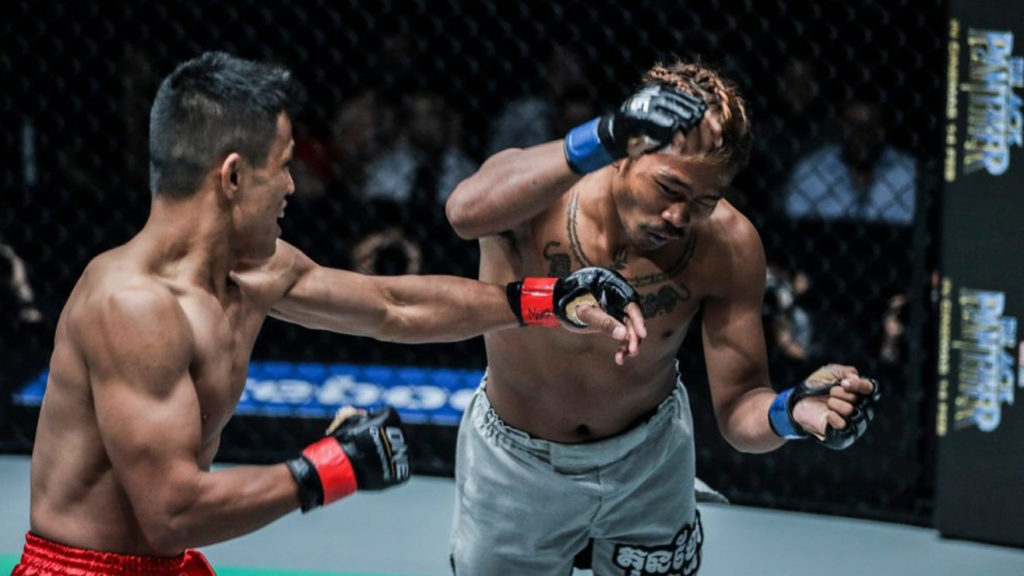 Edward Kelly, a Hard-hitting featherweight added yet another spectacular knockout to his record following a first-round win over Meas Meul in the prelim of “ONE: Global Superheroes” on Friday night at Mall of Asia Arena in Pasay.

After the exchanges of few punches from both fighters in the opening seconds, Kelly unleashed a right straight, left hook followed by a head kick that dropped the Cambodian fighter Meas Meulin face first to the canvas.

Edward Kelly didn’t need to follow up on his unconscious opponent as the referee instantly stopped the fight at the 0:21 mark of round one.

Watch the impressive KO below:

A Lesson in Street MMA: Pro wrestling choke slams are still an effective way to end the fight
Read Next Post →
Click here to cancel reply.