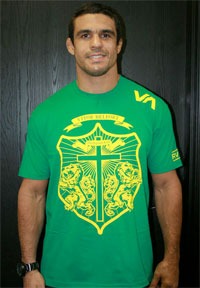 Other than that, I don’t see any real advantage to big mouthedness and neither does Vitor Belfort. When he heard that Wanderlei said Anderson Silva would destroy him in their upcoming fight, Belfort told Tatame magazine just how much he appreciates Wanderlei’s ‘big mouth’.

“I don’t think anything, he’s a spectator and he can think whatever he wants to. If you have a mouth, you can say whatever you want and Wanderlei has a big mouth. But it’s about cheering, everyone can cheer for their favorite, and the important is to be respectful and know how to choose the right words. In February I’ll have my chance for the belt and let’s see how it’ll be.”

If you have a big mouth you can say what you want according to Vitor. He won’t think about it though, and it won’t really impress him much. You will probably have a pretty good advantage at a Nathan’s Hot Dog eating contest, maybe you should try to do that to impress Vitor. [Source] 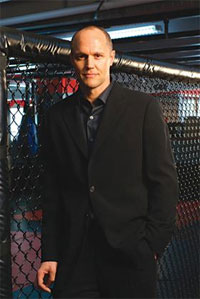 Bjorn Rebney says that we are 'ridiculous' and have 'no connection with reality'
Read Next Post →
Click here to cancel reply.