Video: This guy sets Dana White and the UFC straight about “tolerance” and “Jesus in the Octagon”

When Ben Henderson asks for an amen after a UFC win, we’re 99.99% sure this wasn’t what he was looking for. From the “hey, man we all have free speech” file we get religious news site Western Journalism going one on one with the UFC and their president Dana White. According to the video below Western Journalism won’t stop protesting Ultimate Fighting until White is impeached.

Last week after UFC middleweight Yoel Romero got on in his soapbox about the United States needing Jesus, the UFC president suggested he leave those kind of opinions at his Miami home.  Not on Western Journalism’s watch. Western Journalism is fed up with mainstream journalism and they also remember that Jesus didn’t tap.

Check WJ’s video below and also dig deeper into the wormhole that is their comments section; pitch forks and torches not included. Stay tuned for further updates as the UFC battles the star of New Testament (and his followers) across all secular and non-secular platforms of the media.

First thing that came to mind — what if a fighter said something in support of gay marriage or Allah, would he still feel this way? Do you think fighters have the right to thank whoever they want in their speeches? 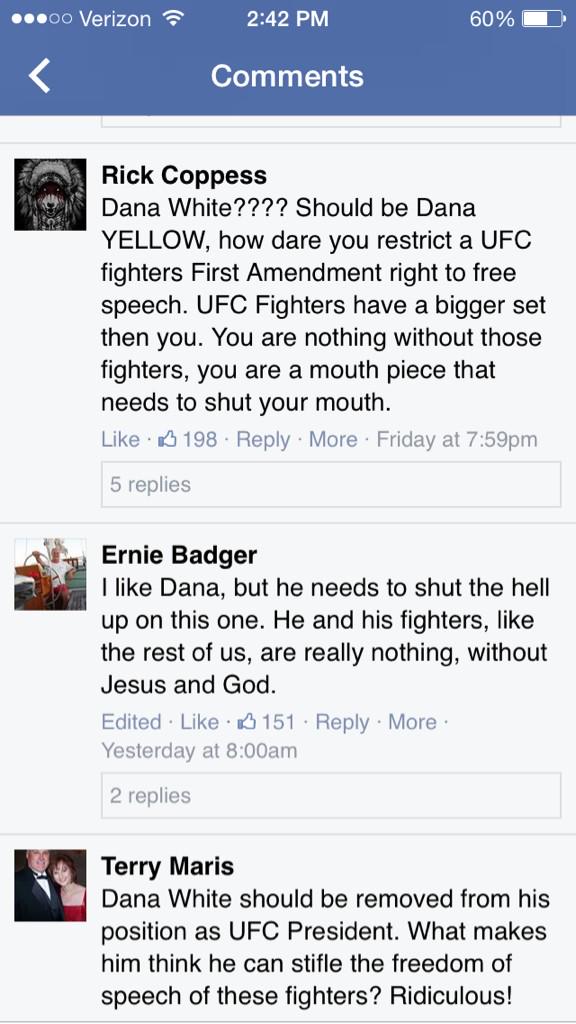 This Countdown to Lawler/Macdonald does NOT have any Conor McGregor in it (but 10% of it is GSP)
Read Next Post →
Click here to cancel reply.