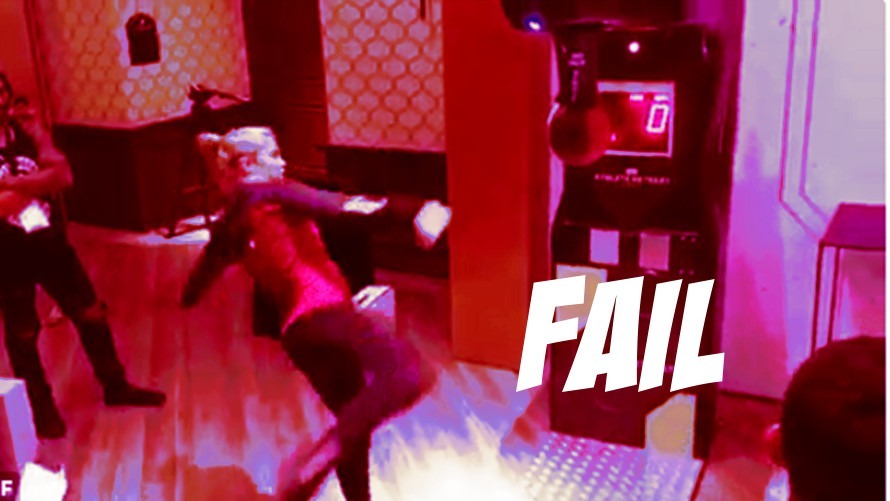 ‘Dancing with the Stars’ finalist, Paige VanZant has been watching too many Sage Northcutt instagrams. During her visit to the new UFC headquarters, she channeled her inner Super Sage before showing off for the press pool. Unfortunately, her mechanical opponent wasn’t so impressed.

Damn. That’s just got to hurt the ego. I’m not sure I could have survived that blow to my self-esteem. But shout out to the guy who goes out of his way to point out the score, like everyone wasn’t quite aware that this machine just called PVZ’s kick bullshit. He over there presenting it like he’s Vanna White.

What do you think motivated the punch machine’s score? Was the punch machine actually making a metaphor about the emptiness of hype trains in MMA? Was he pleadign with us to move toward a merit based sport of fighting, where a fighter was praised for accomplishment rather than star power? We we can only speculate…

But in all fairness, Paige VanZant has been getting all Bruce Lee with her kick game so look forward to more spinning shit from PVZ.

Video: Walk Off Knee to the Head Knocks Out Marcin Held at UFC Stockholm
Read Next Post →
Click here to cancel reply.