UFC flyweight champion Valentina Shevchenko is frustrated by the lack of women willing to step up and meet her inside the Octagon.

‘Bullet’ successfully defended her 125-pound title for the seventh consecutive time with a closely contested split decision win over Taila Santo in the UFC 275 co-main event. It was by far her biggest test since capturing UFC gold in 2018, but Shevchenko pulled off the victory with a solid performance in the championship rounds.

Hoping to step back into the cage one more time before 2022 came to a close, Shevchenko found herself without an opponent as the new year arrived. In an interview with the UFC, ‘Bullet’ revealed that she has been ready and waiting for a call since September, but the phone never rang.

“I wanted to fight in December, but it’s my understanding that it was hard to find an opponent,” Shevchenko explained. “I’m just here, training all the time, almost every day, waiting for the call. I’ve been ready since I don’t know — since September? If they call me tomorrow, I’m ready tomorrow.”

Given the difficulty of her last title defense, some even suggested that Taila Santos did enough to dethrone the long-reigning flyweight queen, an immediate rematch between the pair appeared to be on the cards. With the promotion looking elsewhere, it appears that the rematch will not be happening. For now, anyway. That would leave both Alexa Grasso and Manon Fiorot as the two likeliest contenders next in line for their shot at UFC gold.

Valentina Shevchenko is Ready For a Return in March

Manon Fiorot appeared to be the general consensus favorite for a title fight following her fifth-straight win inside the Octagon at UFC 280. ‘The Beast’ bested perennial contender Katlyn Chookagian via unanimous decision. Primed for a title fight, Fiorot was forced to undergo knee surgery following her latest victory. That would likely leave Alexa Grasso as the next woman up. Riding a four-fight win streak, Grasso impressed in her October Fight Night showdown with Viviane Araujo.

“The champion is ready, so just bring everyone who is ready,” she said. “March sounds like very good timing. It’s already January and with all the holidays and New Year, it’s going to run so quickly. March is good timing; it’s kind of perfect. And I would say that I’m open to all opportunities,” she added. “I like the idea of all these potential challengers.

“After this break, I would like to defend my belt once more for the next one, but yes, I’m definitely ready for Amanda and Weili. Weili did a very good fight her last fight, she got stronger, and it’s very interesting to watch her fight. I’m definitely open to fight any of these girls.”

Shevchenko has shared the Octagon with two-division champion Amanda Nunes on two separate occasions, coming up short in both instances. Their first fight at UFC 296 saw the ‘Lioness’ earn an emphatic unanimous decision, but their rematch at UFC 215 was significantly closer. Nunes still escaped with the win via split decision, but there are those who believe ‘Bullet’ was the rightful winner that night. 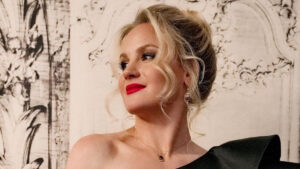 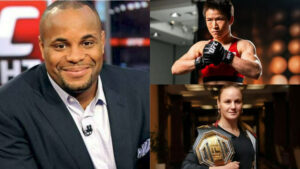 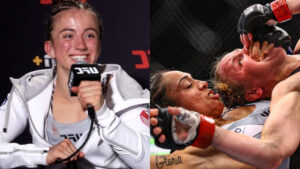 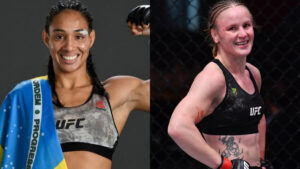 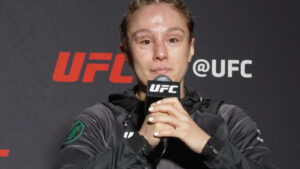 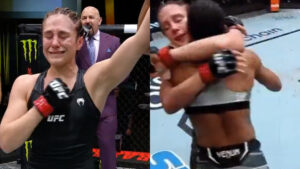