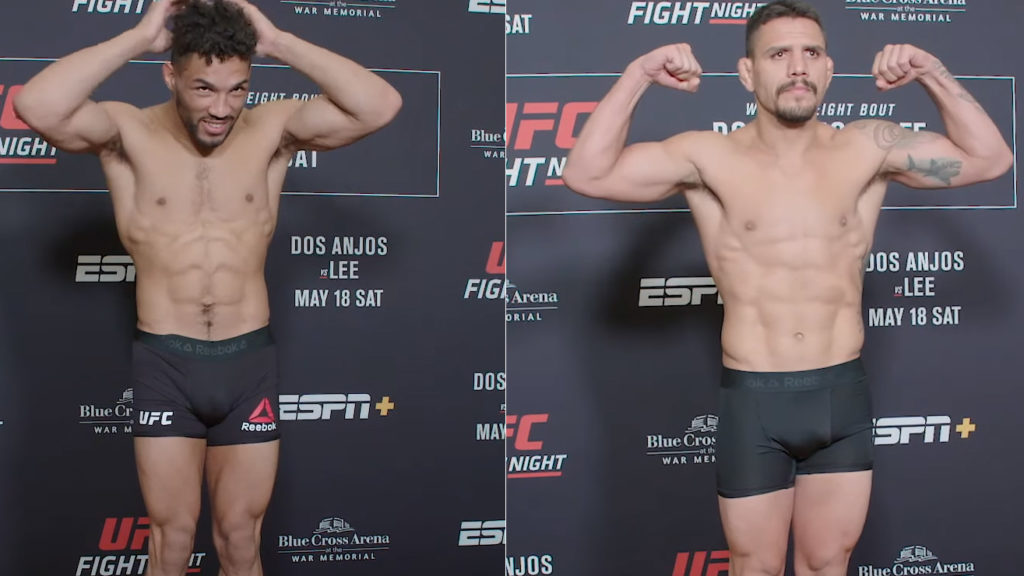 Before all these fighters step into the Octagon tomorrow night they must make weight. Earlier today promotion held a weigh-in ceremony where all 26 competitors hit the scale.

Dos Anjos tips the scale at 170.4 pounds meanwhile Lee was 170.2 to make their headlining bout official.

The main card also features a former Invicta FC featherweight champions Megan Anderson who’ll look for a second win when she meets Felicia Spencer. After much discussion about her weight cut heading into fight week, Anderson came in at 145.8 pounds with the use of a towel. Spencer weighed at 145.6.

Check out below UFC on ESPN+ 10 official weigh-in results: