The rising BJJ star Mackenzie Dern made headlines last week after missing weight for her UFC 224 fight against Amanda Cooper by a whopping seven pounds which are over the designated 116 lbs weight limit and fought Cooper at a catchweight of 123 pounds.

It’s the third time of her career that submission specialist has failed to make weight.

In her second UFC outing, Dern managed to drop her opponent Cooper with a big overhand right and submitted to a rear-naked choke just 2:24 into the first round in Brazil. Dern was fined a percentage of her fight purse to Cooper for missing weight.

Dern told in a recent edition of “The MMA Hour.” that instead of usual 20 percent, she has to offer 30 percent of her show money to cooper and additional 15 percent of winning money. (Quotes via MMAMania)

“She got 30 percent of my purse, when it’s usually 20. But, because I was so much heavier, it goes up to 30-percent. I think she was confident in the fight and we are giving her 30 percent. And we are giving 15 percent extra, too, if I was to win. It was an extra 15 percent extra. So I would have accepted the fight, too. I know she wanted to fight and everything. But, I wasn’t surprise she accepted the fight. I was hoping she would and was grateful she accepted.”

Dern revealed that she and Cooper agreed if BJJ star comes out victor she has to pay extra win money to Cooper.

“Thirty percent of my show money, which is the commission, the UFC, it’s what everybody has to do if they miss weight. And between us together, just between the fighters, we did a negotiation to have the fight happen … 15 percent if I would win (bonus) of my purse.”

Dern revealed she did her best to shed extra weight, but her efforts failed and ultimately instructed by the Brazilian athletic commission, and UFC doctors, to stop the process. Due to unsuccessful in making a strawweight limit, UFC wants the Dern to move up to the flyweight division, but Dern wants to prove that she can make 115 lbs, reiterating that she is ashamed of failed weight.

Dern improved her professional record to 7-0, with 2-0 in UFC. 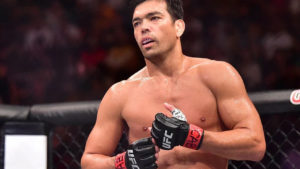 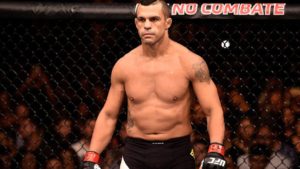 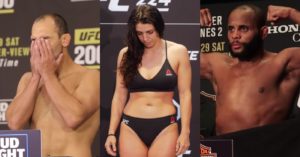 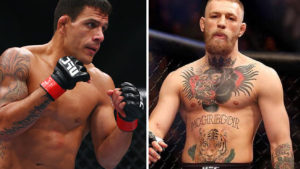 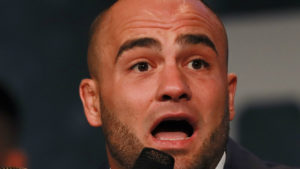 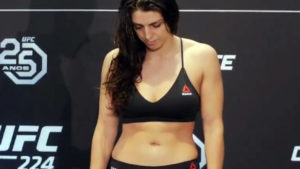