Why you sad bro? The last few months of Conor McGregor’s life have been whirlwind. Remember when he briefly retired from the UFC and tried to torpedo UFC 200? The events of UFC 196 likely shook McGregor to the core but if UFC 202 is any indication he came out the other side stronger and with new hipster glasses.

Rejuvenated Hipster Conor McGregor is a thing and he made an appearance opposite of Full Camp Nate Diaz at UFC 202.

McGregor had his hand raised at UFC 202 which makes this random super-fan photo opportunity all the more strange. Who is this guy? Why are there holes in his shirt? And why is he so damn happy? This fan’s joy seems to be sucking the life out of Conor McGregor backstage at UFC 202.

Can McGregor’s swagger be sucked out, bottled and sold on the black market? What is McGregor thinking at this exact post-fight moment time? Disinterested yet sad Conor McGregor roamed the halls at UFC 202 after the main event on crutches and this picture proves that he exists. 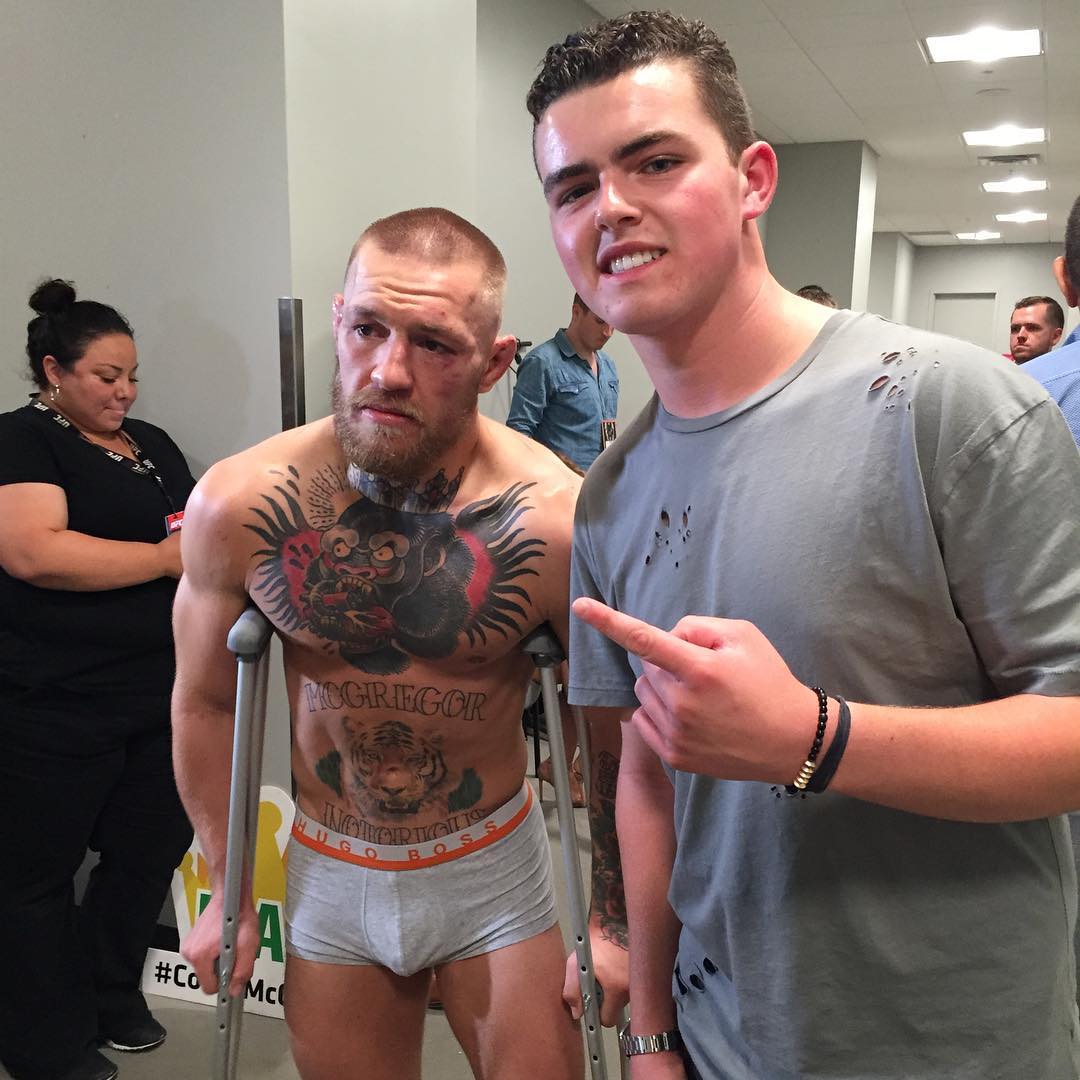 Pic: Sabah Homasi has a huge cut and we can now see his brain tissue thanks to Tim Means
← Read Last Post