“I have a feeling something awful’s going to happen to GSP”. “Michael Jordan came back after four years and he didn’t look like the GOAT”. “GSP is in for a rude awakening”. Only one quote was actually correct about Georges St-Pierre’s return, Roy Jones Jr.’s world famous “Ya’ll Must’ve Forgot!”.

You can’t necessarily blame the MMA world for thinking St-Pierre was heading for a rude awakening. Coming into the fight GSP was on a four-year hiatus, and coming off of a fight many believed he had lost, plus, we’ve seen “Father Time” steal so many great fighters from us before. But GSP isn’t just any fighter. The man has only lost twice in his career, and he avenged both of those losses in spectacular fashion.

The MMA World had given up on Georges, we had closed the book and put in on a shelf containing distant memories of Matt Hughes, Chuck Liddell, and even his old nemesis, BJ Penn. We were reluctant to open the book back up, afraid that our memories would forever be ruined by a return. Surely the book couldn’t handle another chapter or worse… a better ending.

GSP was returning to the Octagon for the first time in four years, coming off a fight many agree he lost, fighting at middleweight for the first time, and fighting for the middleweight title. Surely Georges was testing both the “MMA Gods” and “Father Time”, both are undefeated and have never been taken on at the same time. Sure, Michael Bisping is no spring chicken, but there are just too many obstacles for “Rush”.

Many people forget that Georges didn’t come into the fight alone, the former welterweight champion had two world-class coaches in his corner, Firas Zahabi, and Freddie Roach. The best MMA to offer and the best Boxing had to offer. No one could say GSP was taking this fight lightly, not with that all-star line-up of coaches.

It didn’t matter that GSP had two of the best coaches he could possibly find, Michael Bisping had excellent coaches himself, not only that, but he had beaten another man in talks for the GOAT, Anderson Silva, and he had also knocked Luke Rockhold out cold in one round. Yeah, Bisping had that rematch against Dan Henderson, the less we talk about it, the quicker we can move on. Bisping was racking up the upsets and had the fans believing in him against GSP.

“Ya’ll Must’ve Forgot” Georges was considered the GOAT when he retired. GSP was beating wrestlers with his wrestling and beating strikers with his striking. Before he decided to call it a career in 2013, St-Pierre was so well rounded he was beating everyone at their own game. He had beaten legends like Matt Hughes, BJ Penn, Matt Serra, and Dan Hardy. The MMA world forgot, but the MMA World had also been burned before. BJ Penn tried to make a comeback and he failed miserably, Anderson Silva still hasn’t recovered from his knockout loss to Chris Weidman, and Fedor Emelianenko starting getting knocked out once he stopped fighting cans. We had all learned our lesson before, “Nostalgia can’t win in MMA”.

Georges put on the performance of a lifetime against Bisping. He stood with Englishman and won the exchanges on the feet, and he also took him down whenever he felt like it. Funny enough, this was one of GSP’s best performances in years.

The fight eventually reached the third round, many started to question Georges’ cardio as they saw him breathing heavily. It wouldn’t matter. “Rush” hit Bisping with a beautifully timed left hook that dropped the champion. GSP followed with vicious ground and pound before realizing his dazed opponent was open for the rear-naked choke. Georges took Bisping’s back and secured the choke, within a matter of seconds Bisping’s body went limp and the world remembered why GSP was once considered the GOAT. “Ya’ll Must’ve Forgot”.

GSP is back. Quebec, Canada stand up. pic.twitter.com/AdAUArIodp 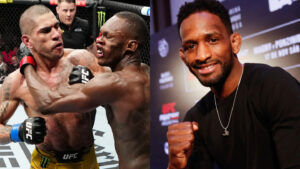 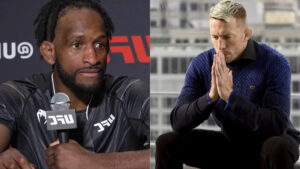 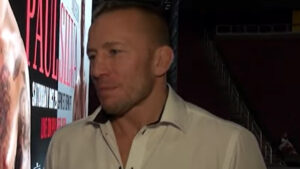 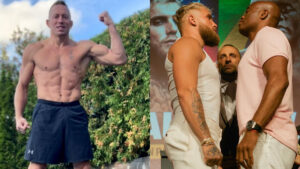 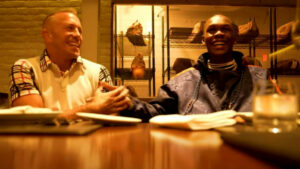