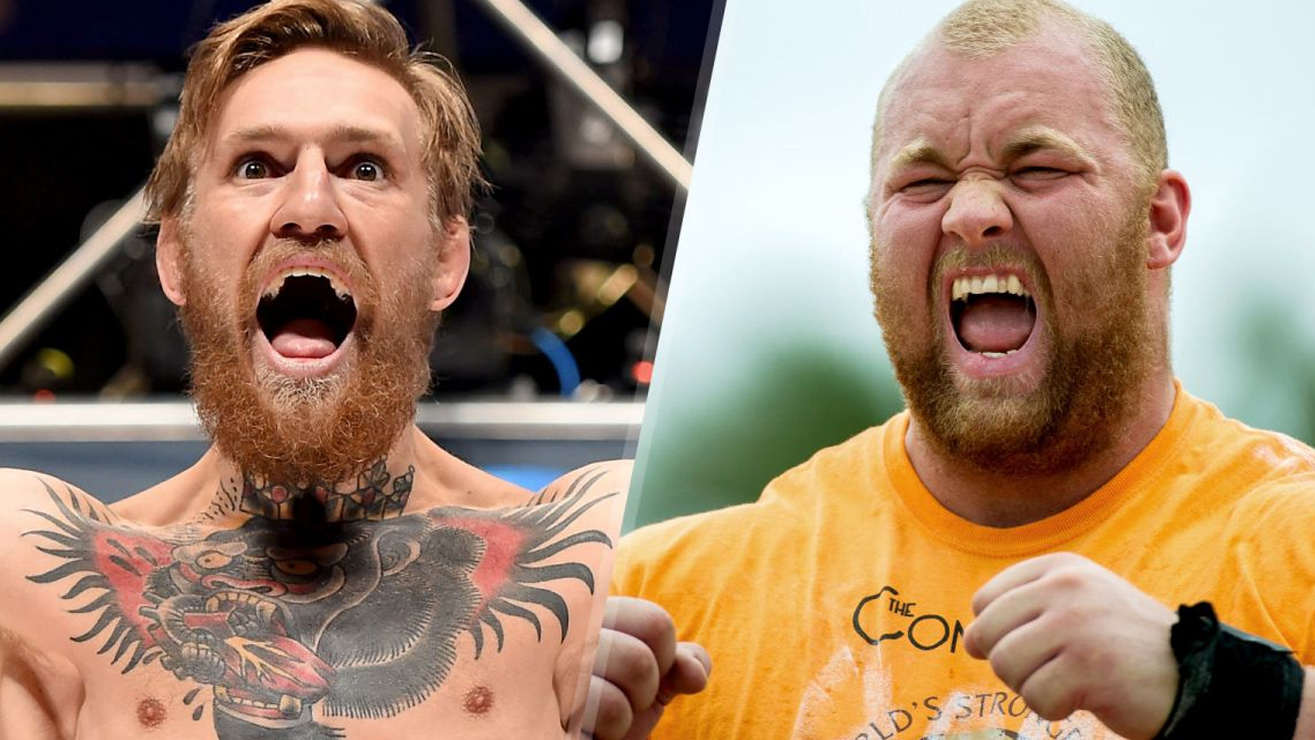 Back in 2015, Conor Mcgregor was gearing up for his upcoming bout with Jose Aldo for the featherweight title at UFC 194; a video went viral which saw, Notorious (watch here) had a light pace sparring session with 6-foot-9, 400-pound Hafthor Julius Bjornsson known as ‘The Mountain’ from a game of thrones, at SGB Ireland.

Irishman said it started out very lightly, but the two ended up going fairly hard and enjoyed the experience.

Bjornsson, better known as this year’s world’s strongest man, who plays The Mountain in Game of Thrones, said he could easily crush Conor McGregor in an Octagon fight.

“Bring me some shorts and put us in a cage, I’ll fight again,” the strongman told Off The Ball. “I had him a few times, but I just didn’t want to break him. I was like, ‘Fuck this, I’m not going to run after this small guy!’ He’s running around, you know? I don’t have cardio for running around after small guys.”

Bjornsson implied he went easy on Mcgregor because he didn’t want to hurt him.

“He’s quick and slippery, so it’s hard to get a grip. There were moments where I could have just messed him [up]. There’s a huge size difference between me and him, but I’m not used to getting punched. I’m no fighter; I’m wearing jeans and shoes. I just took my shirt off, and we were joking.”

McGregor, who has been charged with assault and criminal mischief, is due back in a court hearing on June 14. Perhaps after the decision, Mcgregor is free to negotiate with UFC for comeback bout.

Here are all 12 of Michael Bisping’s UFC wins by KO/TKO in one epic video
Read Next Post →
Click here to cancel reply.