Grim’s getting a new house!

Brett Rogers! I called the dude the Black Fedor last month and not only did the dude KO the last guy Fedor fought, but he finished him in a quicker time than The Last Emperor! That brings Rogers record to a retardedly good 11-0 after knocking out the former UFC heavyweight champion (and still a friggin soldier) Andrei Arlovski. So what does that mean for Brett Rogers?

It means the dude is getting a new house. That was Rogers only inspiration. Before the fight he told the press that Arlovski was just another obstacle between him getting a new house for his family. Dude puts in work. Less than a year ago, Rogers was car repair man that got paid for putting tires on cars, now the dude puts concussions on heavyweights.

Last night’s win also means Rogers will be ranked in the top ten heavyweights in the world. The only other heavyweight on that top ten list that has a similiar record to Rogers is none other than Voltron-slaying Shane Carwin with a record of exactly 11-0. Carwin vs. Rogers needs to happen. There is no other option in this universe other than that match. Dana White needs to accept Joost Raymond’s offer and throw some of his heavyweights over to other organizations. But the chances of that happening is as about as slim as Lesnar vs. Fedor. Also, did anyone else think it was awkward that Rogers was upset that Kimbo Slice was getting all the press but he was getting none? Dude knocked out Arlovski in seconds, he’s going to get more press than a Julia Child’s sextape (don’t even want to take my mind to that dark place). 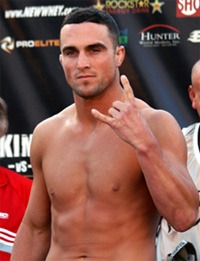 Punching Smith in the face is pointless
← Read Last Post 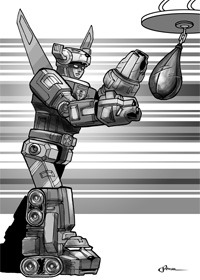