Superbon's win snapped a nine-fight winning streak for Petrosyan who was undefeated since 2013.

One of the most shocking results in combat sports occurred Friday in the kickboxing fight between Superbon and Giorgio Petrosyan.

Superbon took on Petrosyan in a fight to determine ONE’s inaugural featherweight kickboxing champion at the ONE First Strike event which took place in Kallang, Singapore.

And it was Superbon who became champion as he unleashed a devastating head kick in the second round which put Petrosyan to sleep instantly.

The referee waved off the action right away with Superbon celebrating in the ring.

Both fighters were on undefeated streaks heading into the contest. Superbon was undefeated in six while Petrosyan was riding a nine-fight winning streak dating back to 2013.

It was just the second knockout defeat in Petrosyan’s career with Andy Ristie being the only other person to do it during a GLORY event back in 2013.

Is this a knockout of the year contender in combat sports as a whole?
Add MiddleEasy to your Google News feed. 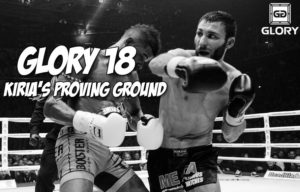