Sorry Diaz/Miller, Frankie Edgar will get his rematch against Ben Henderson first

Props to the UFC for the impromptu continental breakfast at Radio City Music Hall this morning. Your bagels were delicious and your coffee erased any sign of me coming home at 3:00 am from the gym last night. Also, I apologize for my thumb bleeding on the tablecloth. I didn’t know it was going to start bleeding or I would have left my gloves on. My bad. If you guys want, I’ll totally lend you some OxiClean. It worked well on my carpet a few months ago when I accidentally tripped over my bicycle and spilled some cranberry juice. It was a big mess, but that OxiClean stuff worked like a charm. On a side note, Billy Mays was the greatest pitchman in the history of television. RIP Billy, I will forever appreciate you helping me make this tablecloth situation right again.

Luckily I made it up the stairs to the press conference without any additional injuries or mishaps. As always, UFC holding a press conference or any media-based event in NYC draws a lot of attention. Today was no exception. NYC’s MMA fans were out in force to welcome the UFC on FOX 3 fighters to the Empire State; and we finally got answers to the question we’ve all been itching to find out. Despite Anthony Pettis’ amazing performance at UFC 144 in Japan, Dana White has confirmed that the Frankie Edgar will be given a rematch against Benson Henderson and the winner of Nate Diaz vs. Jim Miller will fight for the next title shot. Bummer for Showtime Pettis, dude looks like he’ll have to wait until well after May/June for his shot at the belt.

Upon receiving this news, somewhere on the West Coast, LayzieTheSavage has probably knocked some miscellaneous paraphernalia on his coffee table while jumping up and down in frustration; while the remainder of the UFC’s lightweight division hurt some part of their body hitting the closest stationary object in site. We’re happy the mystery is over and we’ll finally have a definitive champion (baring another controversial outcome) and new number one contender.

The presser continued with Dana’s enthusiasm for Ronda Rousey’s performance at Strikeforce this past weekend, Josh Koscheck calling Johny Hendricks’s KO of Jon Fitch a ‘lucky punch’ and the usual entertaining fan questions. Oh, and Pat Barry said he loves pizza too much to cut down to light heavyweight. That’s it. You guys are all filled in.

Below are some additional photos from the presser for your amusement. 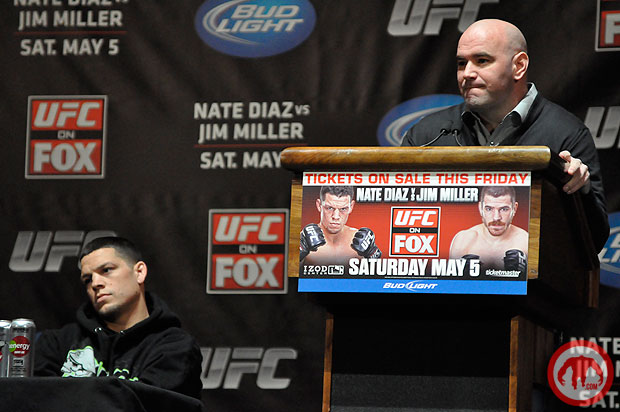 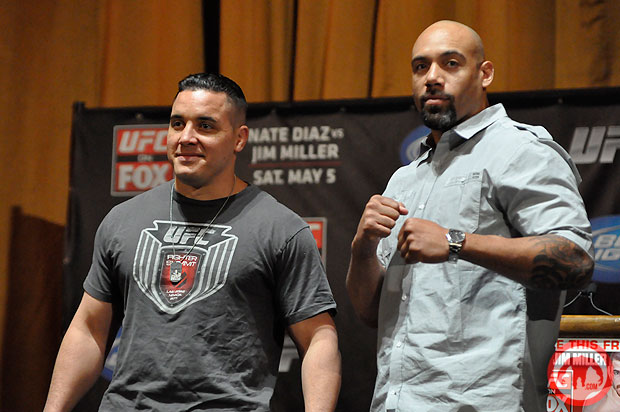 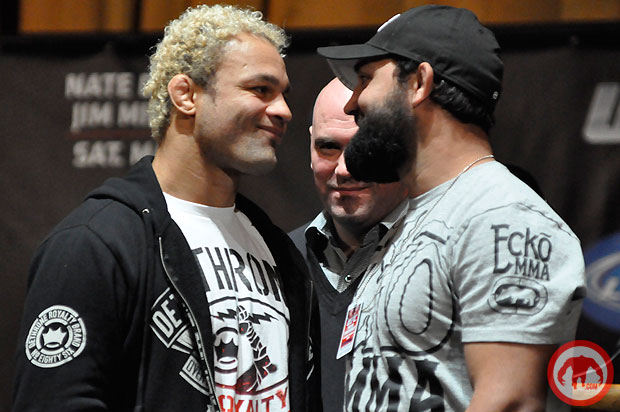 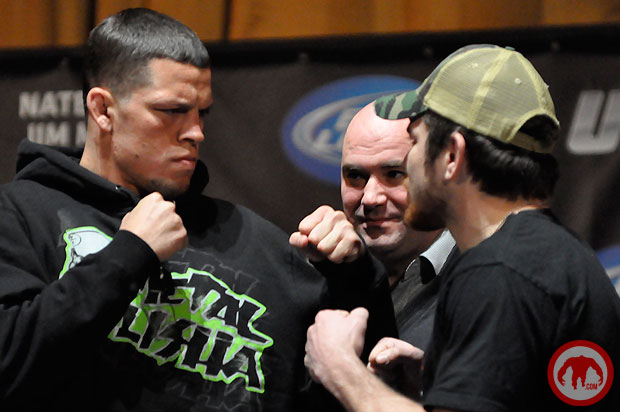 One more fight and Rampage says he's done with the UFC
Read Next Post →
Click here to cancel reply.