Do we blame Reebok or the UFC? After UFC Fox 17 in December, Donald “Cowboy” Cerrone and two other UFC fighters got fined by the UFC for uniform infractions. If you’re keeping score at home thanks to the UFC deal with Reebok fighters can no longer have sponsors on their shorts during fights, banners during intros, and on their t-shirts during weigh-ins or fight week. But wait’s there’s more ways for the UFC can block fighters from making money!

The UFC can also fine fighters for not wearing Reebok at certain times or having “fight kit infractions” (?!?!). This Reebok-UFC deal is really a great thing for the sport of MMA; if you are the UFC.

From Cowboy’s Cerrone’s Twitter, the top five lightweight was fined by the UFC for wearing a patch that honored his Grandmother. 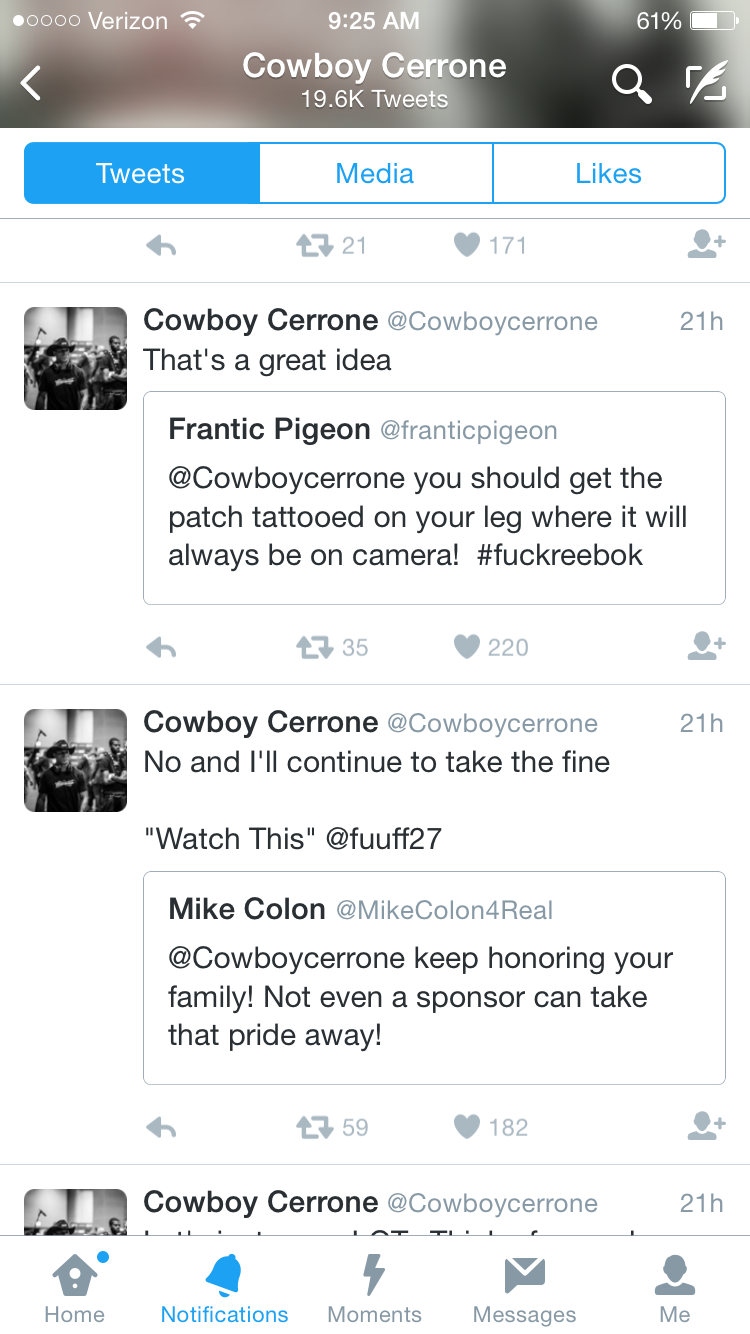 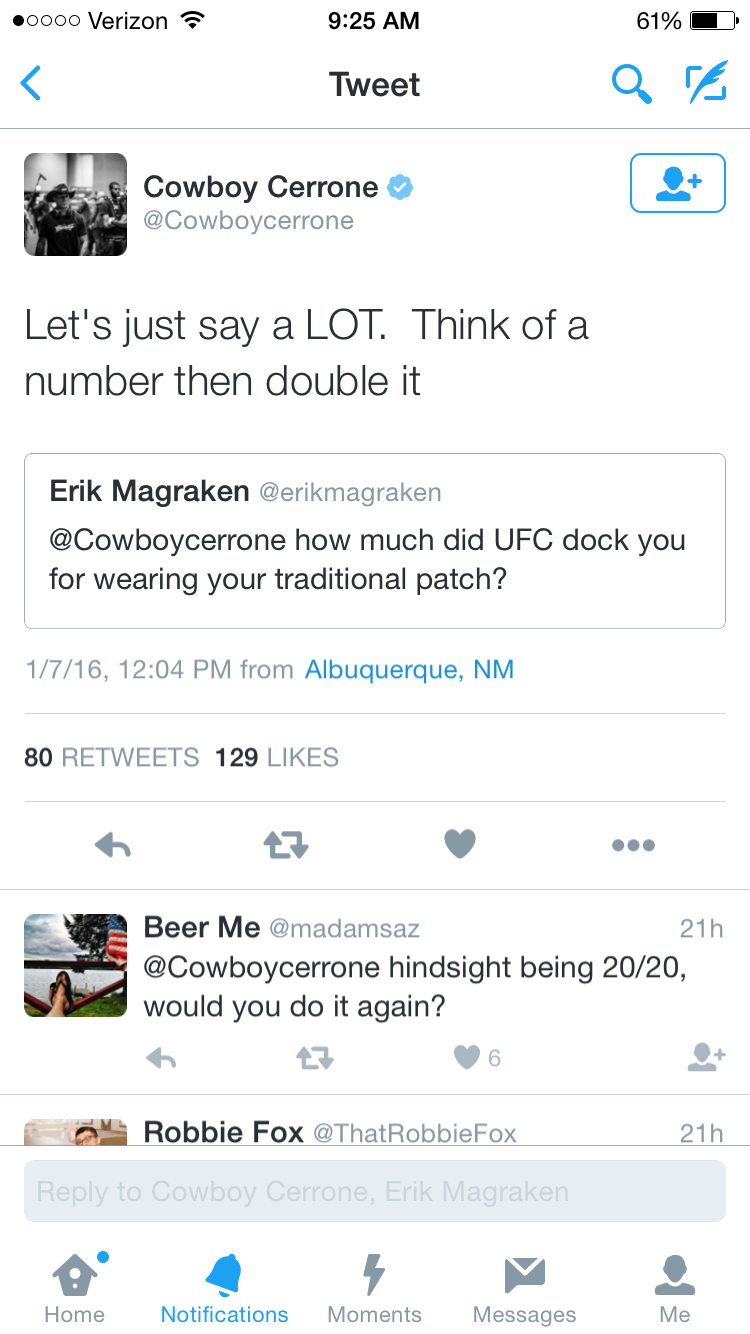 The UFC and or Reebok hates tiny old Grandmothers who give their grandchildren hugs and fresh baked cookies. Honor Grandmothers while wearing Reebok and you will be fined.

Pic: With a scar on his nose Jose Aldo is back in the gym and he’s taking selfies
Read Next Post →
Click here to cancel reply.