Snapshot of the day: Cung Le and RZA from the Wu-Tang Clan hanging out

MMA is good, but Wu-Tang is for the children.

A kid raised on the teachings of the Wu will never cry on an international flight. It will be impossible for them to whine about not getting a toy from their Happy Meal because they truly know the value of C.R.E.A.M. I couldn’t imagine giving birth to kids and not introducing them to the melodic sounds of ‘Protect Ya Neck’ before they hit puberty. Actually, I can’t imagine myself giving birth since I can’t facilitate or sustain embryos in my belly. I don’t have a uterus. Sorry to break the news to you guys. I may adore Project Runway and America’s Next Top Model — but I’m all made out of man meat.

However, you don’t need to be a chick to give birth to a form of hip-hop that revolutionized the international music scene around the turn of the century. RZA spearheaded the Wu-Tang Clan movement, so it’s only natural that Cung Le take a picture with him since he’s an intense fanboy. Actually, the two will be staring in a Quentin Tarantino produced film entitled ‘The Man With The Iron Fists’ slated to be released on November 2nd 2012. Despite having a really slick trailer, it has to win some award for the greatest film poster of all time. Check out this photo that was snapped during last weekend’s ‘Rock The Bells’ concert in Northern California. 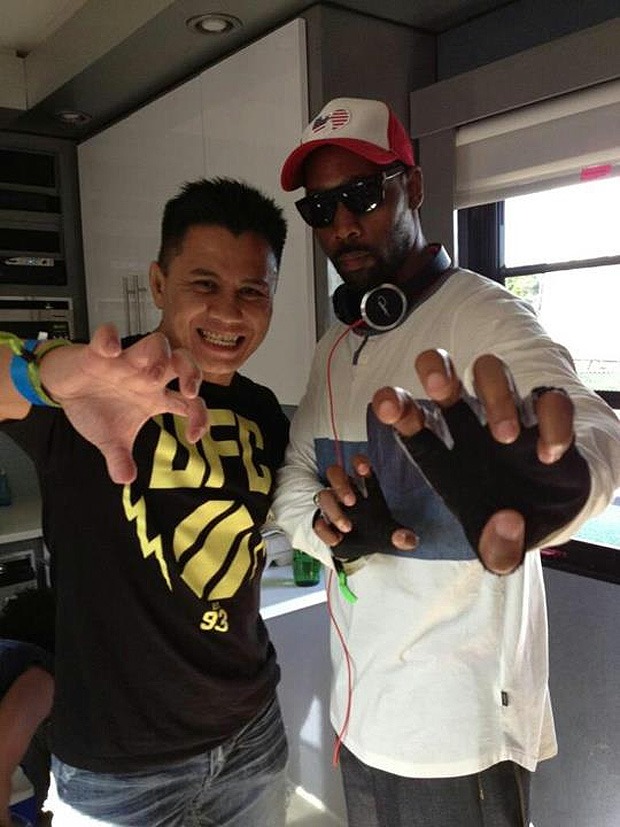 Dan Henderson guarantees he will retire, but not yet
Read Next Post →
Click here to cancel reply.