Rumor: Somebody inform Frankie. Dana White wants Jose Aldo’s next fight to be a title fight

From a knockout to UFC title fight? Sure, why not. UFC matchmaking going to UFC match make with the latest rumor being that Jose Aldo will only return to the cage if a UFC belt is on the line. If a report by ESPN Brazil is true the former best featherweight in human history may get his wish.

Per the ESPN Brazil report Dana White is in talks with Team Aldo to get him a title fight. But against whom? 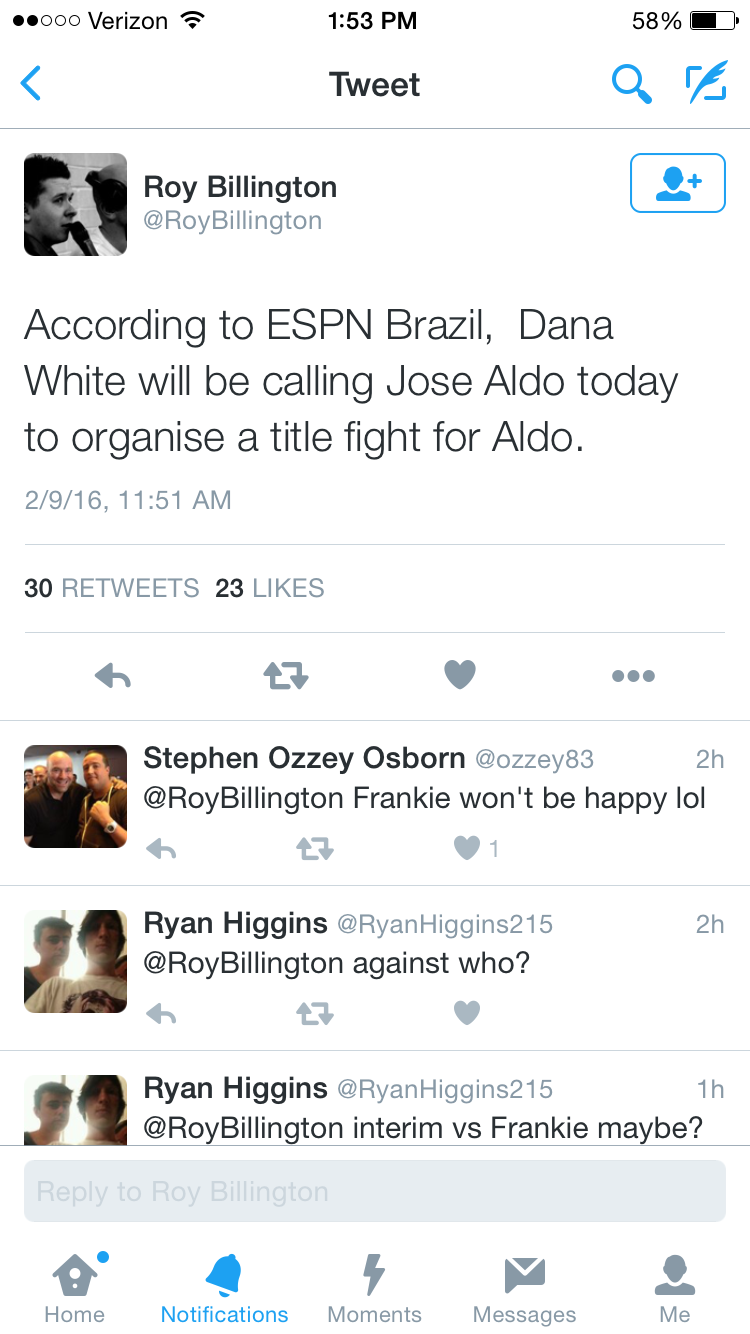 Coming off a brutal no doubt knockout at the hands of Conor McGregor, does Aldo wait for the Irish champ to return to the featherweight division after his Super Fight with Rafael dos Anjos? Or does Aldo get a interim fight with Frankie Edgar for some kind of make believe UFC 145 pound title? Does McGregor abandon the UFC’s featherweight division so Aldo could swoop in for the save?