Rumor: Signs point to and coach claims Nate Diaz vs. Conor McGregor is set for UFC 196

Did Nate Diaz just win the Connor McGregor UFC 196 lottery? All signs are pointing towards Stockton and Diaz may be one the UFC called when UFC 196 needed to be saved. The Diaz versus McGregor saga goes back to the summer of 2015 when Diaz offered to step in for the then injured Jose Aldo on ten days notice at UFC 189.

The UFC 189 opportunity went to Chad Mendes but Diaz doesn’t forget shit. After Diaz’s recent win over Michael Johnson, the Cali lightweight dedicated all of his post fight promo to running down McGregor. Now Rafel dos Anjos has a broken foot, McGregor needs a last minute opponent, and the 209 area code as a whole is ready to answer the call.

MMA destiny says Diaz vs. McGregor is the fight to make at UFC 196.

Just got a call from Nate… He's headed to the gym and wants me to film… I wonder what is up… Stay locked.

Well… Well… Well… Looks like we may have some negotiations going down right now.

From Diaz’s strength and conditioning coach in Northern California 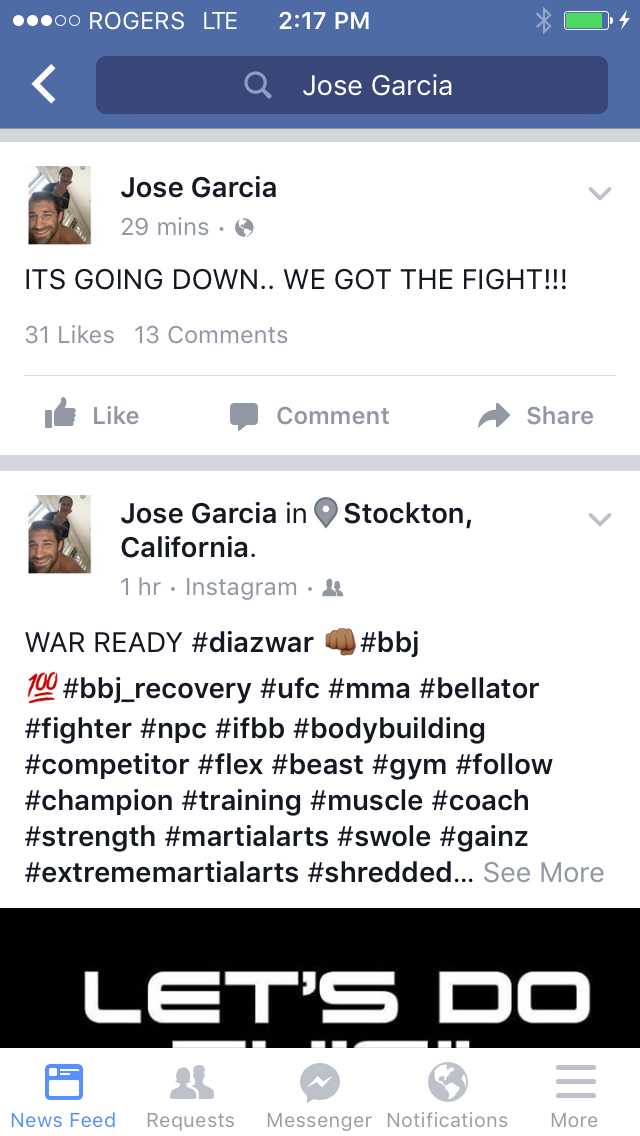 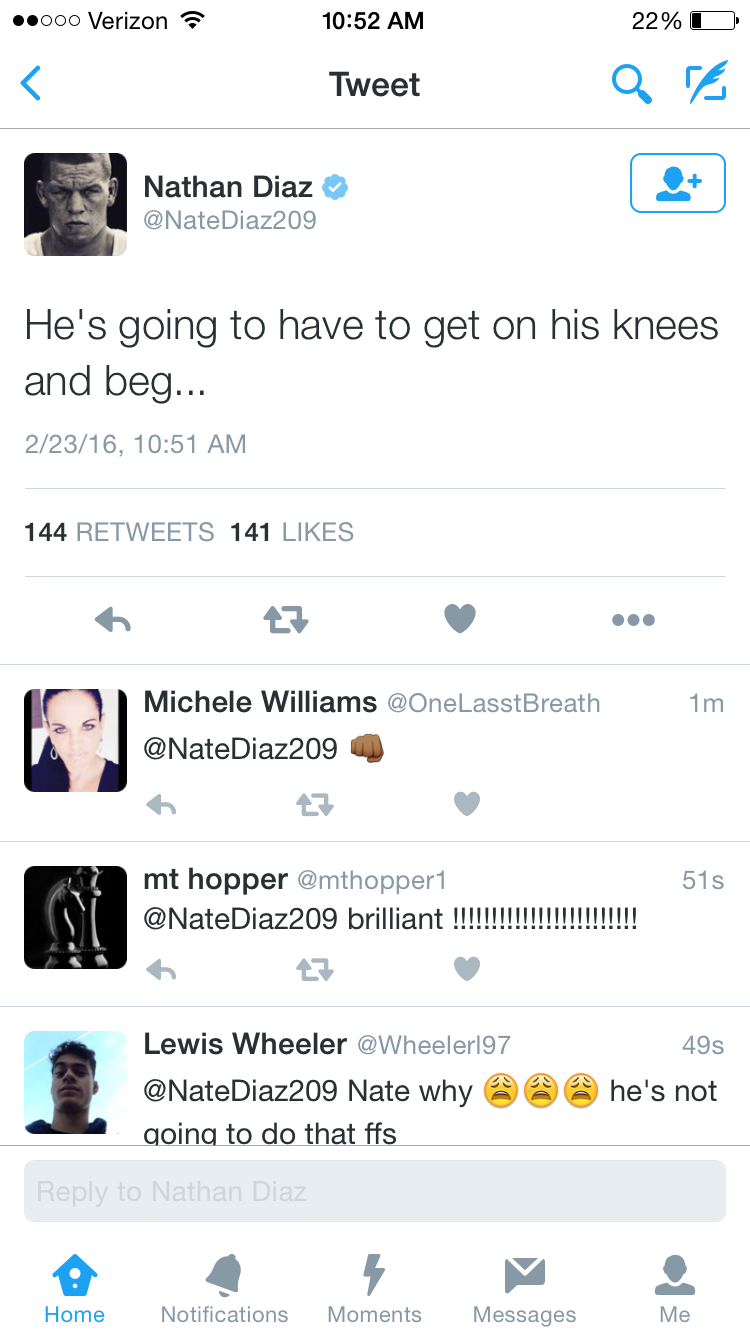 New Video: Because MMA, in Colorado a 68 year old Grandma got TKO'd by a 24 year old fighter
← Read Last Post

Conor McGregor’s head coach says it will be an early night for Nate Diaz
Read Next Post →
Click here to cancel reply.