Rumor: Alert Lawler, Diaz, and McGregor because Georges St-Pierre is coming back to the UFC

MMA’s bald French Canadian living legend wants to come back to the UFC and save UFC 200. Starting with an Under Armour tweet congratulating Georges St-Pierre on ending his retirement to now a tweet saying GSP will return to the UFC any day now; all rumors point to the former UFC champ coming back to MMA very soon. The timing is perfect for GSP to make his triumphant return to the UFC just in time for the biggest event in the promotion’s history. 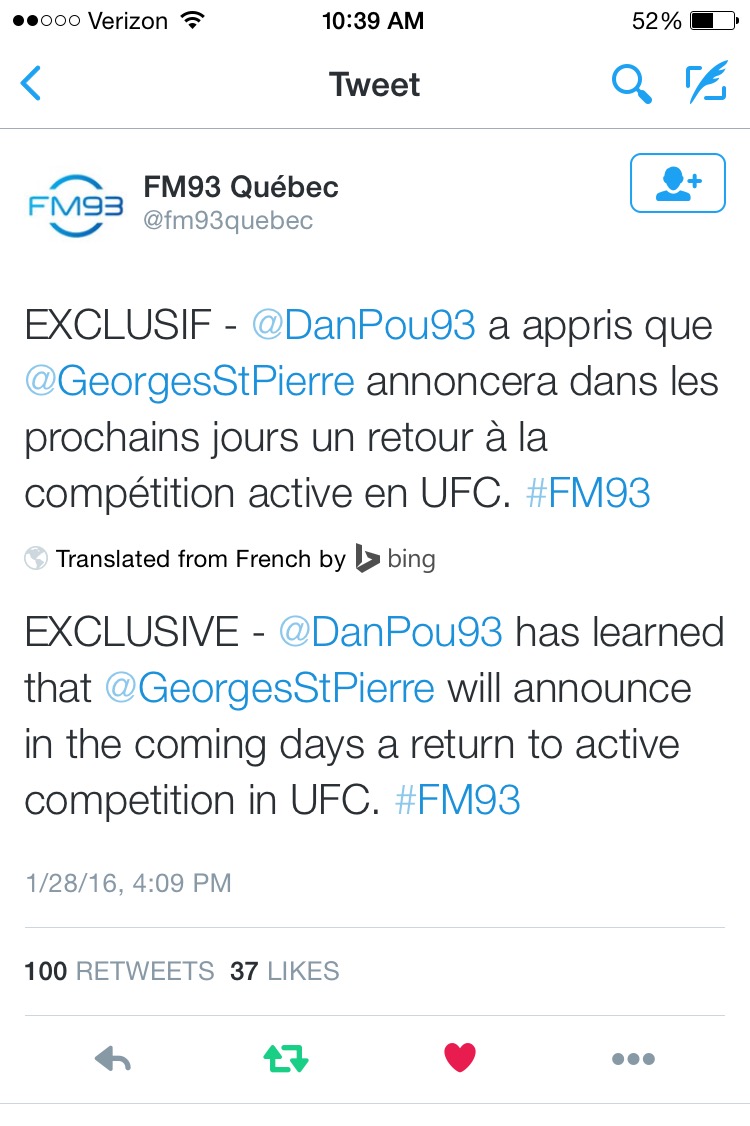 Per this video GSP hasn’t lost any of his trademark speed or agility.

GIF: The soccer kick knockout of the year already happened at ONE Championship
← Read Last Post