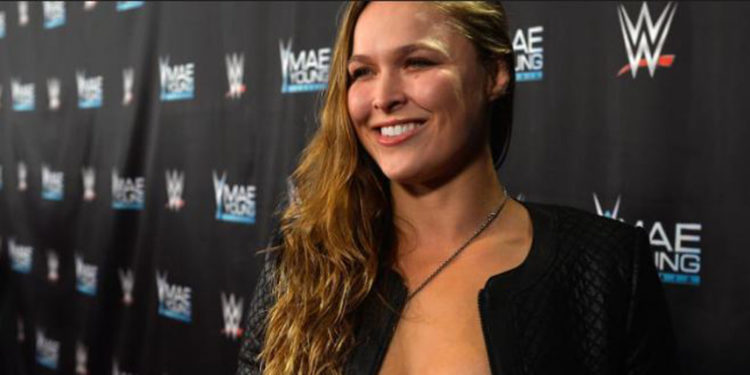 Ronda Rousey doesn’t like to talk about her UFC career. It is a sport which made her a superstar, long time after she won a bronze medal in Judo in Beijing 2008.

Rowdy’s defeats to Holly Holm and Amanda Nunes have never been the topics of the interviews. As soon as somebody would even think of mentioning it, Ronda Rousey activates the silence shield. Maybe you should ask Mike Golic and Max Kellerman instead?

During an interview with ESPN, Rowdy opened up a little bit more. She talked about her time in the UFC and her potential WWE career. Despite many of her fans believe the brutal beatdown at UFC 207 forced her to leave the UFC, Ronda confesses that she was always looking for a way out.

Since women’s MMA is on the map, Ronda was always feeling an obligation to fight for more and do more. Sometimes she simply didn’t want to, and that might be the crucial reason. (via MMAMania.com)

“I’m only here to enjoy myself. That’s the only thing that’s never been a priority in my life,” Rousey said. “In judo and MMA, there were times when the process was fun and the results were fun. And there’s a time when things run their course. You fall in love, you fall out of love and you find a new love.,” she added.

“There was a while when I was just looking for an honorable way out [of the UFC]. I felt satisfied that I’d proven everything I need to prove, but I didn’t feel anybody else felt that way, and I wasn’t sure if the women’s division could survive without me. I felt obligated to do more than what I actually wanted to. But I also have no regrets, and I’m so happy I fulfilled those obligations. And I really feel the women’s division can hold their own.”

Aside from Featherweight, female UFC divisions have prospered without Ronda Rousey. Rowdy’s name has always been on the top of the bill, but Cris Cyborg and Holly Holm made UFC 219 third biggest PPV event in 2017.

Ronda Rousey claims WWE allows her to do what she wants. She is truly happy doing it. Every single time she walks down the WWE ramp, her happiness is visible to the naked eye. There is no need for Rowdy to fake her smile anymore.

“There’s a reason I don’t do anything when I walk out [at WWE],” Rousey said. “I’m just paralyzed with happiness every time I go out there. I get to look around, feel it and show myself feeling it — which is something I was never allowed to do. Now it’s all I want to do.”

However, Ronda Rousey didn’t confirm that she has completely withdrawn from the world of UFC. What do you think, is there a chance she will return to the octagon again?

Ronda Rousey Reveals What Made Her Legendary Armbar So Deadly