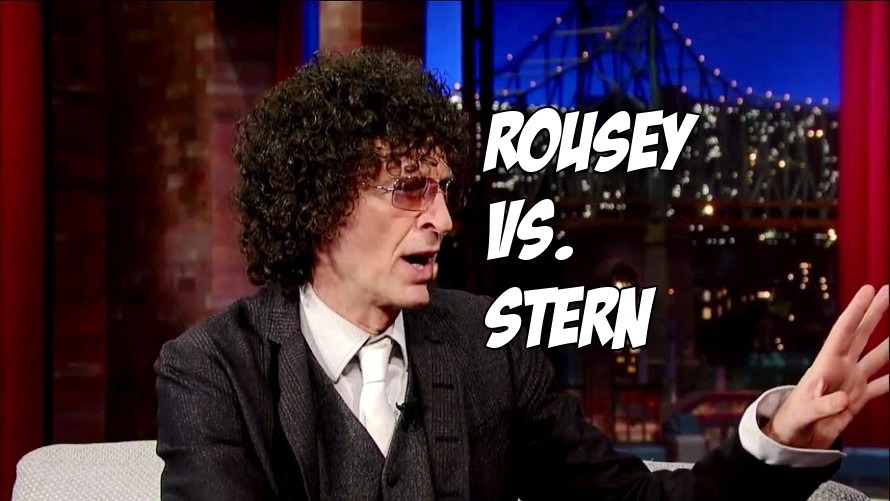 The “King of All Media” met the” face of women’s mixed martial arts” and it was pretty cool. On tour to promote her new book My Fight/Your Fight, UFC champion Ronda Rousey stopped by SiriusXM’s New York studios for an appearance on The Howard Stern Show. A talk radio legend, Stern didn’t hold back in his interview with Rousey.

Rousey waxes poetic on not lifting weights, her relationship with her mother, how she didn’t talk until she was six years old, beating up bullies at school and much more. When Stern meets Rousey shit gets pretty real. Stern always brings out the best in his guests and Rousey is no different. Gather around the fireplace, turn on your YouTube radio, and listen in as Stern interviews Rousey and gets all the best answers.