Its Fedor fight week and the whole thing still feel like a dream. Can our heavy MMA hearts handle another legend looking like a mere mortal? Birthed from the Fight Gods own genes BJ Penn, Anderson Silva and maybe this weekend at Bellator 172 Fedor to could fight like he’s a regular old human.

Dad-a-dor competes on Saturday night in what may be his first and last Bellator fight. Matt Mitrione, of holding a “meh” 9-5 UFC record fame, will be Fedor’s opponent at Bellator 172. If Mitrione knocks out or lays a brutal three round beating on the heavyweight GOAT, you know where to find us; sitting in a corner eating an ice cream cone stained in Russian scented tears.

Per this photo released by Bellator, Fedor looks to be in decent shape and has already fully grown out his winter fur coat. Who needs muscles and a full eight week training camp, when you have all natural grown Fedor man strength?

If the Fight Gods have an ounce of mercy, they allow The GOAT to win via a looping right hand or belly down armbar 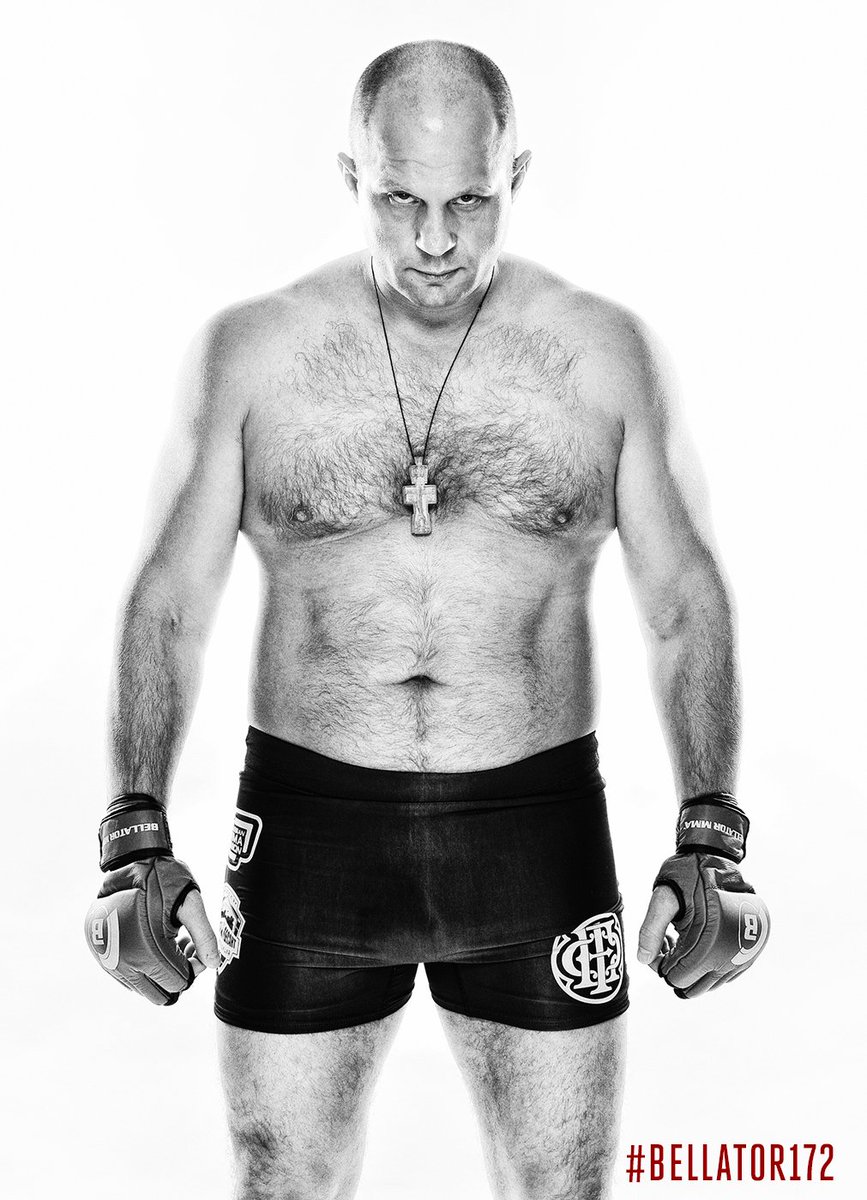 Replay: WTF? Corner man jumps over the cage to save sleeping fighter from a bad referee
Read Next Post →
Click here to cancel reply.