Unfortunately “Soldier of God” missed weight on Friday, became ineligible to win the gold. However later UFC boss Dana White announced the bout will be a non-tile affair. Romero sabotages his two chances to win the title due to botched weight cut.

There fight went to distance with both men going back-and-forth in an action-packed affair.

When the final bell horn, it wasn’t clear who will be the victor, but Whittaker’s whose hand was raised. It appears that fight could’ve been considered a draw or that Romero should be given the nod.

Check out below the judge’s Scorecard: 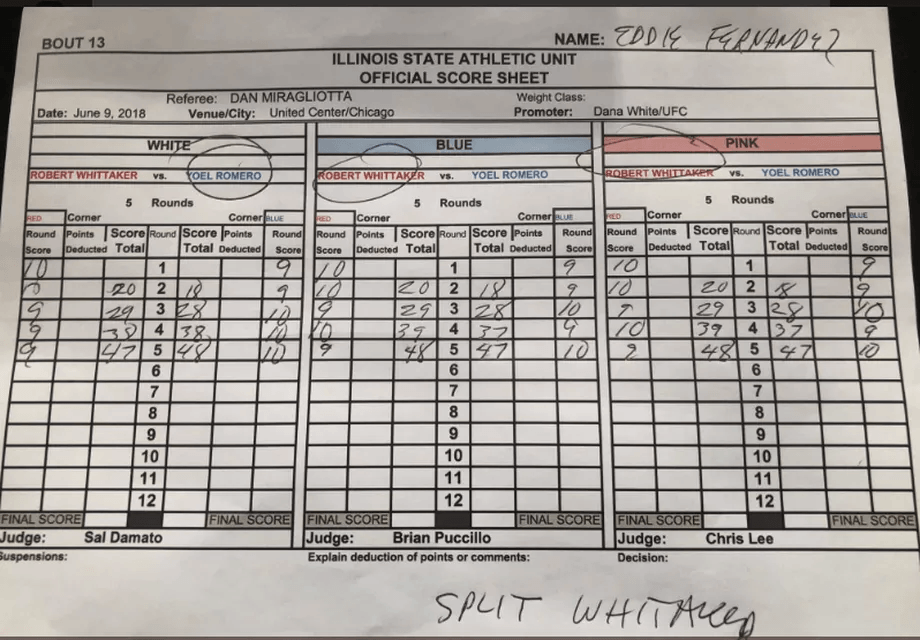 Whittaker vs. Weidman, Punk’s next move, Rousey and more in the Sunday Morning Rumor Mill
Read Next Post →
Click here to cancel reply.