Paul Malignaggi takes a pic sparring with Conor McGregor, so Mac fans attack him for getting whooped

The Conor McGregor army is out in full force. Now boxer and Showtime analyst Paul Malignaggi is being swarmed by the online McGregor forces over a single picture. Keep in mind Malignaggi was brought into this training camp by Team McGregor.

Off a single still photograph a hoard of McGregor fans are flooding Malignaggi’s social media timeline with shit talk. The McGregor faithful are now arguing about who won a training session.

They say I've got no hands. pic.twitter.com/FJfvj5qjKi 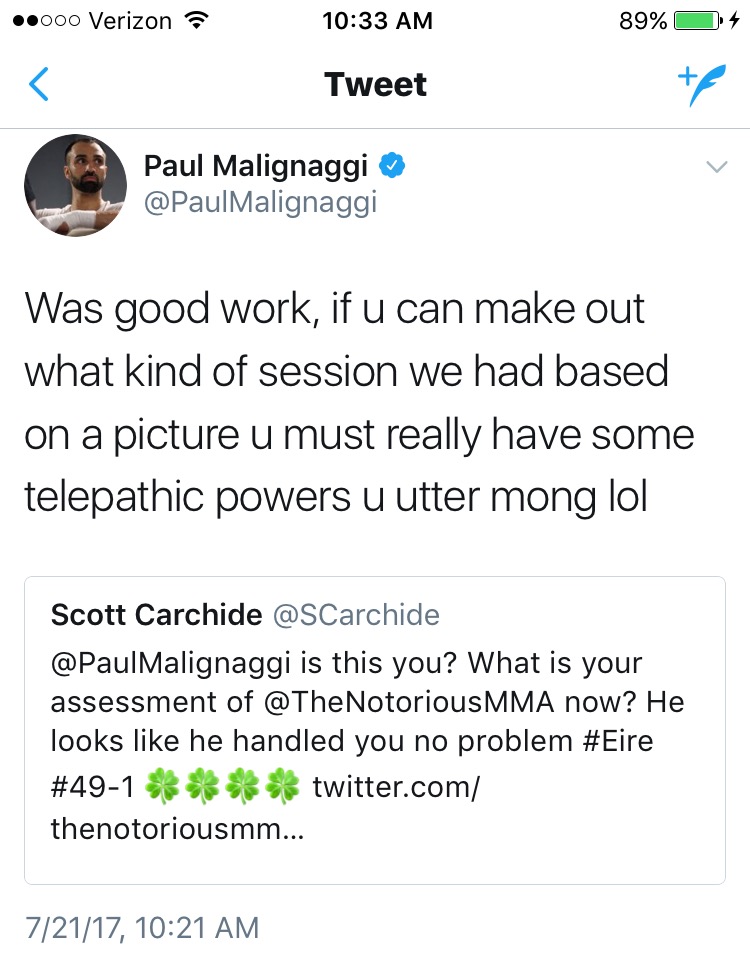 You got bullied pillow hands

I have a feeling Conor surprised you with how good he was but you're not going to give us anything.. if anything you will downplay his skill

Both of you look very statue-esque in your movement to me.

Hear Conor fucked him up.

A Lesson in Subway MMA: A single rear naked choke puts him to sleep, lets you make your stop
← Read Last Post