Overeem is OUT of the Strikeforce card

Just received a press release that Alistair Overeem is officially out of his title defense against Fabricio ‘Magical armbar in UFC Undisputed’ Werdum that was scheduled for the Strikeforce: Carano vs. Cyborg card. Bummer. It looks like Overeem is still feeling the pain from his little bathroom altercation in Amsterdam a few months ago. If you don’t know the ‘Dutch bathroom’ story…it goes something like this:

So Overeem and his brother ‘Valentine’ (apparently all Dutch people have names that could rule third world countries) were chilling in a club, taking a break from reducing the human population with their right fists and, hey, they needed to relieve theirselves. So they strolled to the bathroom but they didnt have enough change to pay the bathroom lady, who I’m assuming is in charge of toilet to urinator matchups. She’s like the restroom Joe Silva. But there’s a small fee that needs to be paid to this chick everytime she finds you a clean toilet. Overeem was like, ‘look lady, I dont have the money right now but I’ll pay you some euros when I come back to the bathroom’. Urinator match-up lady wasnt having that so security guards got involved.  Normally, one security guard could handle the situation but as you already know, Overeem is the end result of Voltron. What hasnt already been said about Allistair Overeem that hasnt already been said about Hiroshima. Dude is destructive. So six security guards started surronding them. Allistair decided to leave but his brother Valentine was still in the club arguing. All of a sudden Valentine started throwing blows, Allistair ran back in and well here is the direct quote from the story: “Three security guards dived onto Valentine and brother Alistair wanted to go back inside to help his brother. This resulted in five security guards in the hospital.” 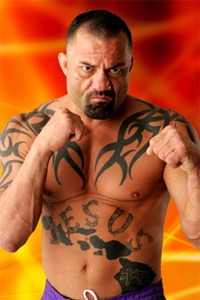