UFC lightweight champion Conor McGregor think there was a premature stoppage to Floyd Mayweather fight which he lost at tenth round Via TKO.

Conor believes that beating a Floyd Mayweather was not an easy goal. While the technical knockout in the tenth round came from veteran referee Robert Byrd, who is the husband of Adalaide Byrd. However, Adalaide came under scrutiny last month for a controversial scorecard decision in a boxing match between Canelo Alvarez and Gennady Golovkin.

After the loss to Floyd, Conor Mcgregor gave first public appearance in Glasgow, Scotland last Friday, where he slammed Referee Byrd for many reasons and felt that ending to the bout was too early and kept him from getting a “fair shake.”

“I thought it was an early stoppage,” McGregor told interviewer Caroline Pearce in front of a live Scottish audience. “How the f*ck can you stop a fight if there were no knockdowns or nothing previous? The round before that I almost had him dropped. I hurt him to the body in the round before. How the f*ck can you stop it like that at the first sign of a wobble? You’ve got to let these fights go on.” 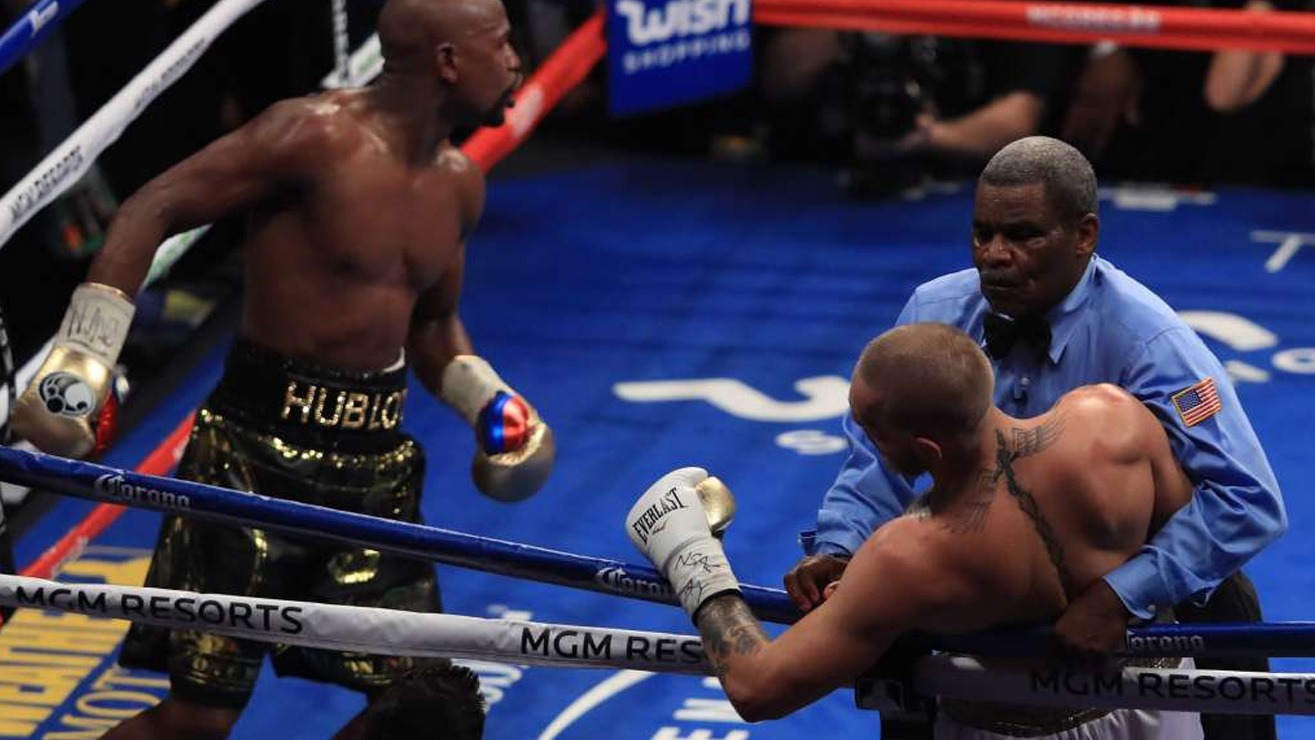 “All I can say is we did our job,” Bennett said. “That’s what we get paid to do, and that’s what we did. I find it very disappointing that Conor would make derogatory remarks that the fight was stopped too early when really the timing of referee Robert Byrd’s stoppage was impeccable. We looked out for his health and safety.”

Bennett on criticism of Byrd, it stretched way too much and said:

“The way the fans the media have tried to crucify this judge is unacceptable, and I’ve never seen anything like it,”

If we see the fight, the actual stoppage was to protect him from brain damage.