Miocic and Ngannou have been slated for a heavyweight title rematch since the former defended his title in August. 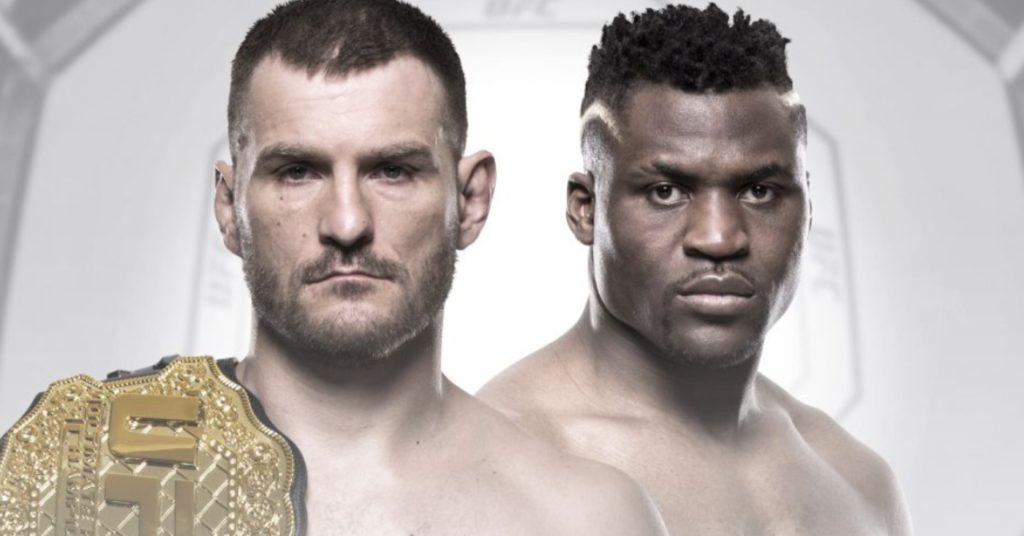 We won’t have to wait that much longer for the rematch between Stipe Miocic and Francis Ngannou.

The pair have been slated to collide again for the heavyweight title ever since Miocic defended his crown against Daniel Cormier in their trilogy fight in August.

It was recently reported that the UFC’s plan was for the fight to take place in March with the winner potentially facing Jon Jones in the summer.

However, it will now likely take place in April according to UFC president Dana White who was recently answering fan questions.

Ngannou To Fight Miocic After Another Long Layoff

Ngannou was initally hoping to fight Miocic before the end of 2020 but that wouldn’t be the case as “The Predator” expressed his frustration in October over his own inactivity as well as the lack of heavyweight title fights.

“2 title fights in the @ufc heavyweight division for the past two years and yet we don’t know if there will be another one anytime soon. Contenders have to fight for something 😤 #ThisIsSucks

“Apparently Stipe is out until March. If I have to wait until then it’ll be almost another year between fights.

Apparently Stipe is out until March. If I have to wait until then it'll be almost another year between fights.

If the fight does take place in April, that would make it 11 months since Ngannou’s last win which was a knockout over Jairzinho Rozenstruik at UFC 249 in May last year.

Hopefully, he won’t have to wait any longer.