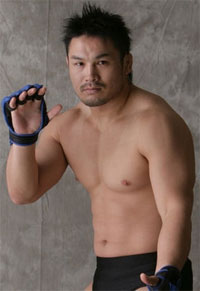 The Dream Super Hulk tournament was like swimming in the brain fluid of a hill giant and being reborn as some blue superhuman that refuses to wear underwear. Last year we witnessed a freakshow that made all other previous freakshows immediately bow and worship the awkward pairing of Hong Man Choi vs. Jose Canseco. Dude came out rocking imitation Shinya Aoki pants and was submitted by Hong Man Choi via vicious ground and pound within the first minute of the opening round. Canseco got paid a ridunkulously amount and Hong Man Choi advanced to the next round. Your boy (and the only guy who can wear a predator mask properly) Sokoudjou advanced by Gilbert Yvel’in on Dan Nortje after the ref tried to pull him away. The same tourney (which aired at like 600,000,000 a.m. in morning) also had a pretty intriguing matchup of Gegard Mousasi against former K1 GP winner, Mark Hunt. Mousasi slammed his fists against Mark Hunt’s head a few times and managed to grab the kimura for the win. We also witnessed the co-freakshow, Bob Sapp vs. Minowaman. Through an intricate pairing of jiu-jitsu and red thong underwear, Minowaman kneedbared Bob Sapp early in the first round.

Everything was set, people had their devil’s food cake cookie ready and then we were all hit with the news that Gegard Mousasi was forced to drop out of the Super Hulk semi-finals due to an injury sustained in his exhibition match at M-1 Global: Breakthrough. At M-1, Fedor played around with Mousasi like a GI Joe action figure in an overpriced Toys R Us playset and eventually submitted him with some insane armbar. Apparently even when Fedor pretends to fight people, he still hurts them. The exhibition fight was then interrupted by a friggin space shuttle launch. Seriously, it was an MMA first…a space ship featured as an undercard.

Since the Japanese consider Bob Sapp like some sort of demigod, it’s no surprise that Dream officials chose ‘The Beast’ to replace Gegard Mousasi in their Super Hulk tournament. What’s that? Bob Sapp was already defeated by Minowaman in the opening bout of the Super Hulk tournament? That means nothing in the land of Japan. If they can throw Hong Man Choi vs. Jose Canseco together and pit Mechzilla against Mothra…anything goes. It’s like Willy Wonka and the Factory of Wild Match-ups that do nothing but place butts in seats. 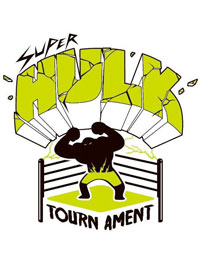 Even Team Bodyshop couldn’t stop what Sokudjou had in store for Sapp in the semi-finals and it came in the manifestation of an unstoppable flurry of fists to his dome. He couldn’t take it any longer and Shimada jumped in between them early in the opening round. In the other semi-final match, we witnessed an epic display of heart from Minowaman. ‘Epic display of heart’ normally isn’t something I would use on MiddleEasy but today I’ll make an exception. After getting brutally pounded by Hong Man Choi throughout the first round, Minowanman scaled down Choi’s 7 ft 2 in frame and submitted him via ankle lock in the second round.

It was set. Sokoudjou vs. Minowaman for the Dream Superhulk finals and it all took place on New Year’s Eve at Dynamite!! 2009. Minowaman pulled the ultimate ‘I’m going to wake up everyone in my apartment complex if I don’t stop screaming’ victory. It started off like Kimbo vs. Houston and it ended like a well placed M-80 in your orbital socket. Minowaman pulled off a last minute KO in the third round when a blitzkrieg of punches from both fighters fell in his favor. Sokoudjou instantly dropped to the mat and Minowaman was declared the ‘the greatest Super Hulk ever’.

When the director of FEG presented Minowaman with his oversized check, he looked around the Saitama Super Arena for his belt. It was no where to be found. At the post-fight press conference, Minowaman thanked the promoters for the prize money but he made it abundantly clear that he was expecting a strap to go along with his red thong. Now after weeks of Minowaman harassing the guys at FEG, they will finally award Minowaman his belt along with a victory celebration at the Intercontinental Tokyo Bay on February 19th from 6:30pm – 8:30pm. If by some strange occurrence you find yourself in Tokyo next month, it’ll cost a cool 10,000 yen to attend which seems like a lot of money but when you convert the currency you find out that…it still is a lot of money. Props to Minowman on getting his bling and hopefully we will see you bang against Scott Smith in the near future. [Source]