Michelle Waterson and all the other hotties 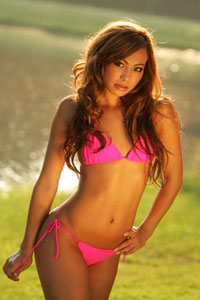 So I woke up in a frantic this morning thinking about Michelle Waterson. If aliens landed on the white house lawn right now it still wouldn’t be as exciting as knowing that this chick –> mounts other chicks in the cage…with hot pants on. In fact, if I were ever trapped as a POW, in between the torture, I would just think about Waterson to get through it all. The sad fact about all of this is that she isn’t scheduled to fight anyone this summer. Ok, forget about that ‘sort of’ lost to Elena Reid on April 11th. The chick is still 7-4 which is a good enough record for her to get into a bigger organization. But that’s just the thing. Give us more Michelle Waterson, give us more female MMA fights! But there arent enough organizations that accept kick ass female MMA fighters. WEC flirted with the idea earlier this year, but the only real organization I can think of is Strikeforce. But even then, chicks for lesser rounds and(or) lesser minutes.

Look, if a chick can get smashed with an overhand right, then I’m pretty sure she’s a big enough girl to go five rounds and five minutes a piece. The world just needs more female MMA fights. That’s it. If you want to stop the war on Afghanistan, fly over and drop thousands of chick MMA fight DVDs and guranteed the insurgents will drop their AK47 and go to the nearest gym to train (which is probably like in another country or something). 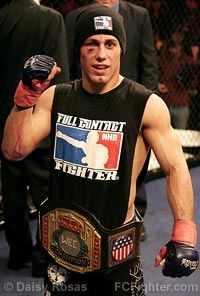