If you want to have an entertaining Christmas, bet double your life savings on Chris Horodecki and watch in disbelief as Anthony Njokuani separates his Horodecki’s neck from his head with a well-placed high kick at WEC 43. That’s right, bet money you don’t even have. It’s a good way to ensure that you’ll spend most of your free time crying in a corner for the remainder of the month. Anthony Njokuani still owes me money for betting against him. The audacity of this guy. When I see him roaming backstage at a UFC event, I’ll be sure to let him know of his thoughtless atrocity to my bank account. Perhaps this metallic worm looking thing emerging from Njokuani’s hyper-inflated wrist is the universe getting even.

Anthony Njokuani’s hand is the direct result of fighting someone from Evolve MMA. Earlier this month on UFC on Fuel TV: Munoz vs. Weidman, Njokuani fought Rafael dos Anjos with a broken hand and managed to lose a unanimous decision against the Brazilian fighter. Njokuani had surgery to repair his appendage and we suggest he file a class-action lawsuit against the doctor for splicing his DNA with a red oak tree. There’s so much going on in this picture Anthony Njokuani tweeted that I feel my ears getting numb just comprehending it. Here, you guys try it. Figure that nonsense out. 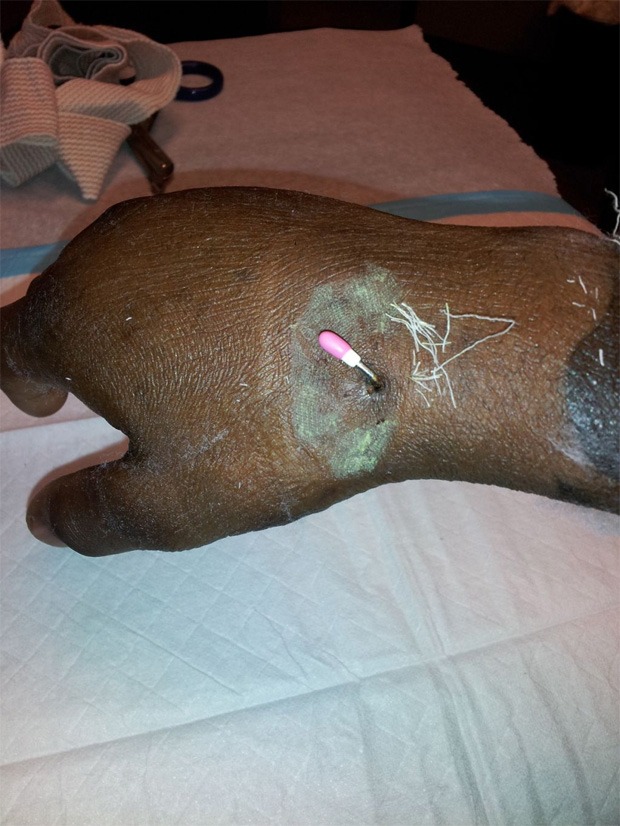 Badr Hari an official suspect, looking to turn himself in
Read Next Post →
Click here to cancel reply.