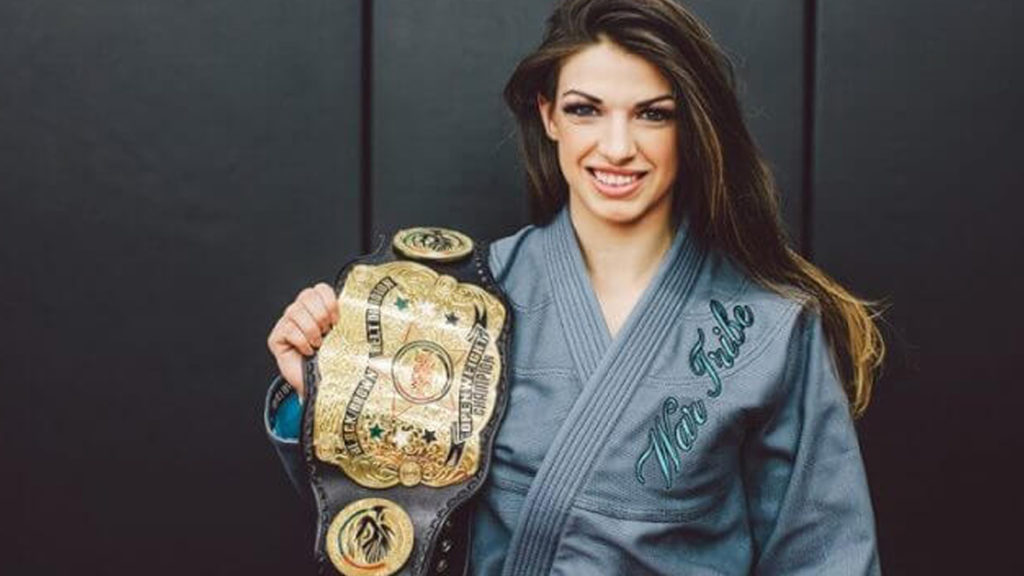 When Mackenzie Dern decided to shift from BJJ to MMA, she made it very clear that her goal was to become a UFC champion. Her journey for MMA gold will now officially begin on March 3rd, 2018.

Officially this news was first reported by MMAFighting.

The 2x IBJJF World Champion Dern is a Brazilian Jiu-Jitsu ace who has a solid 5-0 record as a professional MMA athlete, has finally signed with the UFC and will square off against Ashley Yoder at UFC 222 on March 3th, in Las Vegas, Nevada.

Dern has racked up five straight wins, with most recently, she is coming off an impressive 3rd round armbar finish win in her UFC women’s feeder league Invicta FC debut over Kaline Medeiros.

Yoder, with a record of 5-2 overall. She has lost her last two bouts, coming up short against Angela Hill and Justine Kish since joining the UFC cage in late 2016.

How do you think Mackenzie Dern will play out in UFC octagon?