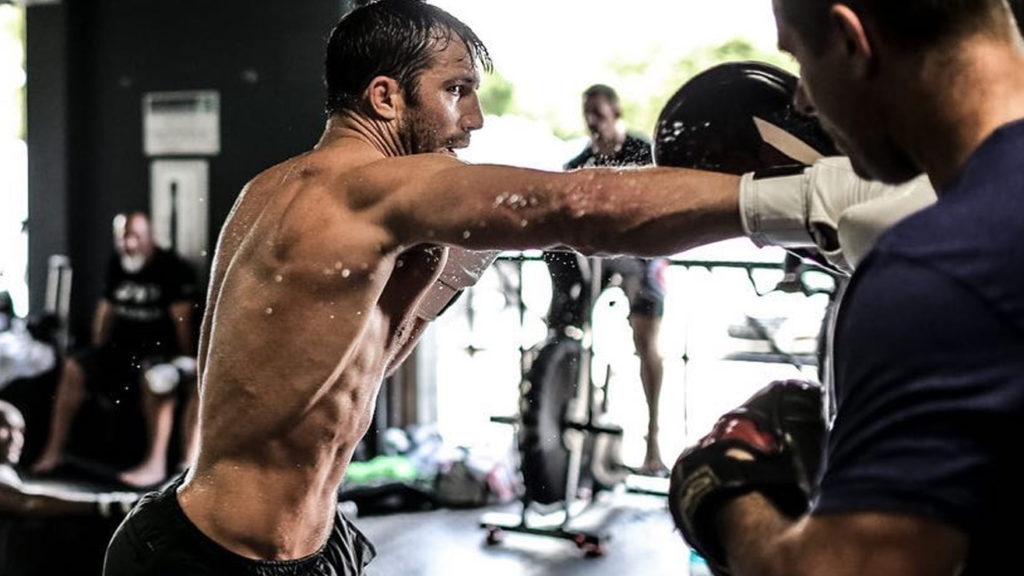 After Teasing A Move To UFC Light Heavyweight For Months, Former Middleweight Champion Ready To Take On Bigger Opponents

Former UFC middleweight and Strikeforce champion Luke Rockhold has flirted with the idea of change in weight class for a while, and the 34-year-old started taking the proposition more seriously after suffering a KO loss to Yoel Romero at UFC 221 earlier this year.

“I’m just training every day,” Rockhold said. “I’m lifting, so getting stronger. Getting stronger is the recipe, light heavyweight is the course.”

“I’m coming for these guys, man,” he continued. “I’m just not really impressed with what’s going on right now in that division and I’m tired of compromising my body. And I’m a better fighter where I fight naturally and bigger and I’m long overdue moving up and I’m done with middleweight. It’s time to move up.”

Luke Rockhold was supposed to face off Chris Weidman in a rematch at UFC 230 from Madison Square Garden on Nov. 3. Unfortunately, the bout fell apart after the former champion forced to pull out due to injury.

Rockhold won the middleweight title back in 2016 when he defeated Chris Weidman at UFC 194 via fourth-round knockout. His run as UFC as a champion lasted less than six months. In his first title defense, Michael Bisping knocks him out in the first round. Since that setback, the former champion has gone 1-1.

Now the 34-year old opened his mindset and thinks when he’ll make his entry at 205-pound division his focus is to take on contenders like Anthony Smith, who earned his way into the No. 3 spot in promotion’s light heavyweight division after scoring a win over Volkan Oezdemir. However, Rockhold isn’t impressed with how the field of competition is playing out in that division.

“Anthony Smith, yeah. I mean, what, (Thiago) Santos came up just recently too. These guys, I’m just not impressed,” Rockhold said. “They’re a little sloppy in so many ways and I see openings and I’m ready to move up. I mean, the rest of the division, there’s a couple of good guys up there, but I don’t see much. I’m ready to come up and I’m ready to shut it down. [Smith] looked like shit. He didn’t look good in his last fight. I’m not gonna say… he looked like a bum, truthfully.”

Do you think Luke Rockhold will do good at the light heavyweight division?