Kyle Stoltz, a mixed martial arts manager and the co-founder of Janus Sports & Entertainment, was recently sentenced to 48 months in prison after pleading guilty to a charge following an FBI sting operation in 2021.

The arrest took place on December 9th, 2021 as Stoltz was taken into custody for allegedly engaging in a series of text messages starting on December 7th with a member of a local task force posing as a female decoy per court records. The decoy had claimed she was 13 years old. In the exchanges, Stoltz disclosed his job of managing professional fighters and sent images of himself. Stoltz then asked a series of sexually charged questions to the girl he believed was just 13 years of age.

Stoltz, who is 42, pleaded guilty in June to a felony charge of luring children or mentally ill persons with the intent to engage in sexual conduct. Stoltz received the minimum sentence of four years in the Nevada Department of Corrections. That sentence was been suspended due to Stoltz’s agreement to a number of stipulations. As a result, Stoltz will instead spend three years on probation in lieu of jail time.

Kyle Stoltz is required to pay a $3,500 fine and will face a series of requirements to meet the terms of his probation. He will be required to register as a sex offender as well as be subject to counseling and lifetime supervision.

Kyle Stoltz Knew What He Was Doing Was Wrong, But Continued to Act

According to the report, Kyle Stoltz claimed he felt uncomfortable when pressed about what could happen on December 9th if he agreed to meet the girl he thought was 13 years old. Before long, Stoltz agreed to mee the decoy at a 7-11 gas station.

Police witnessed a man matching Stoltz’s description arrive at the same time he texted the decoy confirming his arrival at the meet-up location. He was quickly identified and arrested.

Kyle Stoltz cooperated with investigators after his arrest. During the conversation, police claimed Stoltz did not deny knowing that the girl he was intending to meet was underage.

Stoltz said he felt pushed into the meeting by the decoy. In addition, he also admitted that he had made a mistake and acknowledged that what he was doing was incorrect. Despite denying having any inappropriate intentions with her, Stoltz admitted that he had erred in discussing them with her. 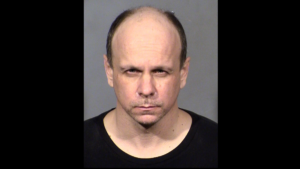