Both James Krause and Joaquin Buckley are from around the same area and Krause wants to get his hand on the UFC's newsest budding star. 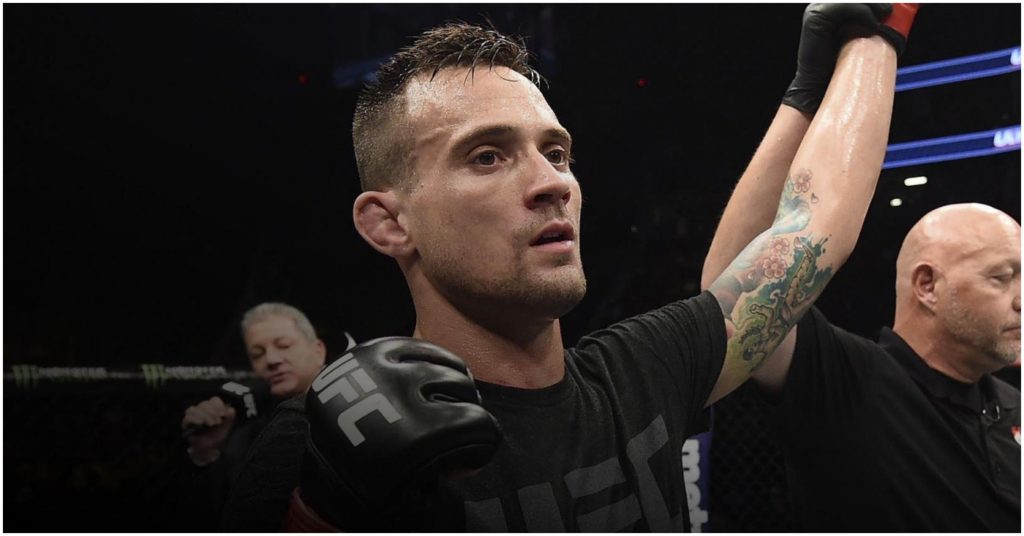 James Krause put on a dominating performance at UFC Fight Island 6. In fact, Fight Island seems to be the place lately where stars are being born. Just last card, Joaquin Buckley became an overnight sensation with one of the greatest KOs in UFC history. However, Krause isn’t buying the persona that Buckley is portraying to the fans. After Krause’s dominant win, he spoke about Buckley and ripped him in front of the media.

Krause took on Claudio Silva on Saturday at UFC Fight Island 6. Throughout the battle, he was able to display dominance, en route to a unanimous decision win. After the fight, Krause replied to comments about Joaquin Buckley and scolded him in the process.

“The dude’s a clown, man,” said Krause about Buckley.

“Listen, this dude – people just know him from his viral video, for his viral knockout. (It was a) beautiful knockout. I’m not going to rag on that. The dude’s a (expletive)box. He’s from my neck of the woods and all he does is sit on social media and talk (expletive) all day. He called me to come train and I told him to get (expletive). I don’t want that type of culture in my gym, I don’t need that type of culture. No. He took offense to it, and it is what it is. And he can get it, too.”

Capitalize on the Moment

Would the UFC ever pair the Fight Island standouts against each other? After all, when there is tension between fighters, capitalizing on the beef is what is best for business. Especially when there are two young, exciting fighters on the rise that everyone wants to see.